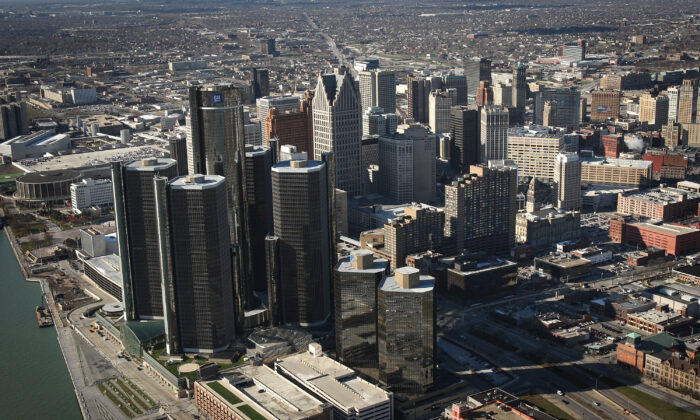 Detroit Center for Innovation Planned for 2023 Groundbreaking at New Site

Related Companies, Olympia Development of Michigan, and the University of Michigan have announced plans to build the Detroit Center for Innovation (DCI) within The District Detroit, a mixed-use sports and entertainment destination around the Little Caesars Arena.

The project was previously announced in 2019 for a site in downtown Detroit that was once intended to house a new Wayne County jail, with construction expected to begin this year. The Detroit Center for Innovation is now slated for a 2023 groundbreaking.

The three-building, approximately 4-acre DCI campus will be anchored by an estimated $250-million, 200,000-square-foot research and education center operated by U-M, which is scheduled to include a technology incubator in the to-be restored and expanded former Loyal Order of the Moose Lodge building at the site on Detroit’s Cass Avenue.

A third new building will be constructed to provide 300 units of housing along Cass Avenue, and the campus will also include green space.

The DCI research and education center is being seeded by a $100-million donation by Stephen Ross, chairman of Related Companies, and the land is being contributed by Christopher Ilitch, president, and CEO of Ilitch Holdings Inc.

Service Now, a California-headquartered software company, has signed on as a DCI anchor tenant.

“ServiceNow is deeply inspired to partner with Stephen Ross and the Detroit Center for Innovation,” said Bill McDermott, president, and CEO of ServiceNow. “The amazing talent we need for our company is here in Detroit. We will build a team here, invest in this community, and establish a new innovation hub at the forefront of digital transformation.”

Michigan Gov. Gretchen Whitmer welcomed the arrival of the DCI.

“Michigan is the home of opportunity, and the DCI will provide more access to economic growth for Detroiters and residents across our state,” she said. “This unique community-driven development will catalyze entrepreneurship, attract new businesses to Michigan, and grow our state’s world-class workforce.”

Detroit Mayor Michael Duggan also praised the endeavor, noting that the “new location and partnership will be the key to revitalizing the Grand River corridor between Cass Tech and downtown, and tying it together with progress being made in the District Detroit.”