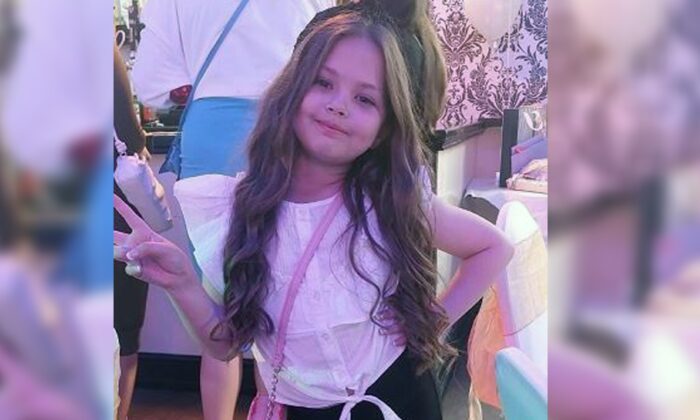 Undated photo of Olivia Pratt-Korbel, who was shot dead in Liverpool on Aug. 22, 2022 (Family, via Merseyside Police)
UK

A man has been arrested by detectives investigating the murder of 9-year-old Olivia Pratt-Korbel, who was killed when a shooter chased a convicted drug dealer and burglar into her home in Liverpool.

Merseyside Police said a 36-year-old man, from the Huyton district of the city, had been arrested by armed officers on Thursday night on suspicion of Olivia’s murder and two counts of attempted murder and was being questioned.

The schoolgirl was shot, apparently by mistake, when the suspect chased Joseph Nee into her home in Knotty Ash after her mother, Cheryl, 46, opened the door after hearing shots fired in the street.

On Tuesday the Chief Constable of Merseyside, Serena Kennedy, said Nee was a complete stranger who had no connection to Olivia or her mother, who suffered a gunshot wound to her wrist.

Earlier this week Nee, who was jailed for 45 months in 2018, was returned to prison after breaching the terms of his parole.

As Olivia lay dying, Nee, 35, was picked up by friends in a black Audi Q3 and taken to hospital.

Olivia’s family released a statement through the police in which they said: “Liv was a unique, chatty, nosey little girl who broke the mould when she was born. She loved life and all it had to offer. Liv loved dressing up and was very particular on how she was dressed, like any other little girl she loved doing her makeup and nails, she was nine going on 19.”

They said she “would blow people away with her wit and kindness.”

The statement concluded: “If anyone knows anything, now is the time to speak up. It is not about being a ‘snitch’ or a ‘grass’ it is about finding out who took our baby away from us. Please do the right thing.”

Olivia’s murder happened exactly 15 years to the day after Rhys Jones, 11, was shot dead in nearby Croxteth. Rhys, an Everton fan, was walking home from football practice when he was mistakenly shot by a teenage shooter aiming at a gang rival.

A card on the tribute from Liverpool FC, said: “Rest in peace, Olivia, with deepest sympathy from all of us at Liverpool Football Club. ‘You’ll Never Walk Alone.’”