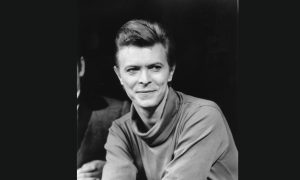 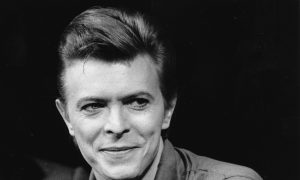 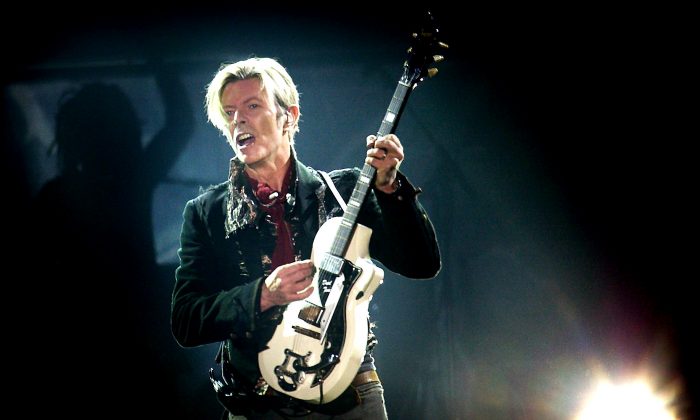 David Bowie on stage at the Forum in Copenhagen on Oct. 7, 2003 during the A Reality Tour. (Nils Meilvang/AFP/Getty Images)
Entertainment

NEW YORK—Nile Rodgers suspected a couple of years ago that his old friend David Bowie might have health problems, but had no idea he was terminally ill.

“I was being honored by my charity (the We Are Family Foundation) and they thought the most appropriate person to give me the award was Bowie,” said Rodgers, who produced Bowie’s platinum-selling “Let’s Dance” album.

“And he did give me the award, but he had to give it by film. His speech was lovely, charming and really, really big-hearted. But I could see that he wasn’t well.”

Bowie died Sunday night at age 69 after an 18 month battle with cancer, news that stunned his millions of admirers and inspired worldwide grieving. Though he rarely made public appearances in recent years, Bowie had just released a new album, “Blackstar” on Friday, his birthday. Few suspected he had only days to live.

His death showed how a life-threatening diagnosis can lead to secrecy or an equally strong compulsion to share. Public figures such as Dr. Oliver Sacks and Christopher Hitchens openly and vividly chronicled their battles with cancer, and Rodgers has blogged about being treated for prostate cancer. (He has been cancer free for five years, he says).

But others celebrities such as Bowie, Nora Ephron and Jackie Collins managed to hide their illnesses from all but those closest to them. When Ephron died, in 2012, even good friends such as Meryl Streep didn’t know she was sick until near the end. Collins published a book last summer and toured as she was fighting breast cancer, the severity of her health kept even from her sister, actress Joan Collins.

“I just felt like she didn’t need it in her life,” Jackie Collins told People magazine shortly before she died, last September.

Rodgers said he never asked Bowie about his physical condition.

“I didn’t want to pry,” he said. “Everyone deals with their health in their own way.”

Rodgers’ friendship with Bowie dates back more than 30 years, when both were spending time in Manhattan’s Chelsea neighborhood. They first spoke in the early ’80s, and quickly “vibed,” Rodgers explained. They agreed to work on an album, with Rodgers producing new versions of such songs as “China Girl” and “Cat People.” The result, the well-named “Let’s Dance,” came out in 1983 and became one of Bowie’s biggest commercial successes. Rodgers, who co-founded Chic and has produced Madonna, Mick Jagger and many other artists, says “Let’s Dance” was an easy recording that took just 17 days to complete.

“It was a real meeting of the minds,” he said.

A Connecticut resident, Rodgers had returned from the West Coast last weekend when he received a call telling him Bowie was dead.

“I’ve been looking after my mother and when I got the call I thought she had taken a turn for the worse,” he said. “The cobwebs hadn’t cleared before I realized they weren’t talking about my mom. I thought, ‘Who are you talking about?’ And then I understood that it was about David. This was out of the clear blue.”