Despite Shake-Up, Putin Rejects Idea of Soviet-Style Leaders for Life 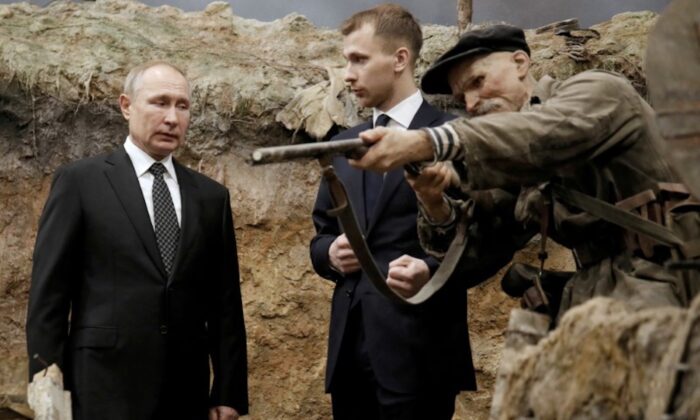 MOSCOW—President Vladimir Putin said on Saturday he did not want Russia to return to the late Soviet-era practice of having lifelong rulers who died in office without a proper succession strategy.

His comments, made to World War Two veterans in St Petersburg, came days after he unveiled a sweeping shake-up of the political system which led to the resignation of Dmitry Medvedev as prime minister along with his government.

Putin, in a surprise move, picked Mikhail Mishustin, the low-profile head of the country’s tax service, as the country’s next prime minister. Russians are now waiting to hear which ministers will keep their jobs in a new government.

Putin’s changes, which would amend the constitution to create new centers of power outside the presidency, were widely seen as giving the 67-year-old scope to extend his grip on power once he leaves the presidency in 2024. He has dominated Russian politics, as president or as prime minister, for two decades.

Critics accuse Putin, a former KGB officer, of plotting to stay on in some capacity after his term ends. They suspect he wants to continue to wield power over the world’s largest nation, which is also one of its two leading nuclear powers.

In his comments on Saturday, Putin, who has already said he wants to limit future presidents to two terms in power despite currently serving out his fourth term himself, rejected the idea of Russian presidents for life.

Asked by a war veteran on the occasion of the 77th anniversary of the lifting of the siege of Leningrad if it was time to abolish term limits for presidents altogether, Putin said: “As regards (presidential) terms for staying in power I understand … that (concern over this) is linked for many people with worries about societal, state and domestic and external stability.

“But it would be very worrying to return to the situation we had in the mid-1980s when state leaders stayed in power, one by one, until the end of their days and left office without ensuring the necessary conditions for a transition of power. So thanks, but I think it would be better not to return to that situation.”

The late Soviet period was characterized by a series of elderly leaders such as Leonid Brezhnev, Yuri Andropov, and Konstantin Chernenko who all died in office, sparking a scramble by others to grab power.

Putin’s comments are likely to be seen as reinforcing the idea that he plans to exit the presidency in 2024 as per the current constitution, but are unlikely to appease critics who think he’ll find a way to continue wielding influence behind the scenes in a different enhanced role.