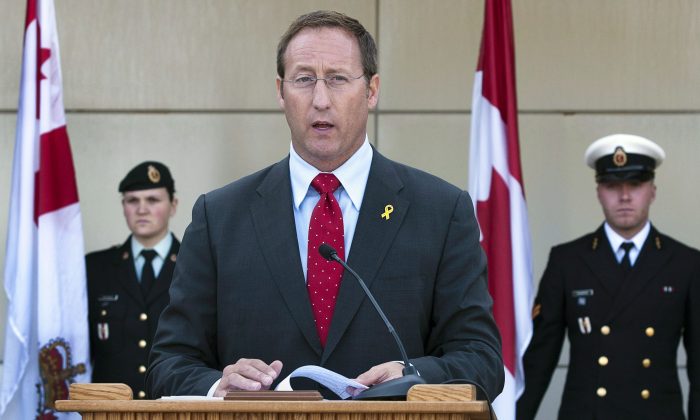 In 2014, there were 19 suicides among military personnel, according to data released earlier this year by the Forces.

In 2002, just after the country entered the Afghan war, the military set a goal of having 454 uniformed, civilian, and contract staff to treat soldiers with addictions, depression, post traumatic stress, and other problems.

It has never met that quota, even today.

There were 434 professionals on the books as of February 2015 and defence officials say the shortfall reflects the normal number of vacancies expected in any organization.

The briefing note says the recruiting search was stymied in large part by the issue of salaries and a dearth of mental health staff in general.

The briefing note says the recruiting search was stymied in large part by the issue of salaries and a dearth of mental health staff in general.

“Notwithstanding the fact we are offering the top of the pay scale in each of the clinical categories, some potential candidates are refusing offers because our salaries are not competitive in the local market,” said a Feb. 18, 2014 briefing note, obtained by The Canadian Press under access to information legislation.

National Defence would not say which markets in the country were the most troublesome and a spokeswoman even soft-pedalled the problem.

“As an employer, both the DND and the CAF are very competitive employers, offering both excellent pay and benefits packages to their employees and members,” said Maureen Lamothe, who speaks for the department’s legal branch.

“While it is true that certain markets have faced fluctuating challenges in attracting mental health professionals, the reasons for these challenges in many of our locations vary. These include availability of local clinicians willing to give up their practices to join our team, or unwillingness to relocate or travel to some more isolated locations.”

Unwillingness to relocate in far-flung, sometimes isolated posts was another drag on attracting the health professionals, but bureaucrats quickly bulldozed the problem by offering moving incentives, up to $40,000 in some cases.

Why the department did not choose not to go above the posted pay scales—at least for the uniformed and public service positions—is unclear. When the military has faced critical shortages in the past, for example among pilots, it has paid a premium.

Psychiatrists in uniform can fetch between $240,000 and $304,000 per year, between their general officer’s salary and specialist pay, according to National Defence figures. And the top rate for some clinical workers in the public service can reach more than $81,000 per year.

The military relies heavily on Calian, a private sector contractor, to provide services, but the government would not disclose the company’s pay scale.
The Liberals have long argued that the way to solve the shortage, especially at remote postings, is to recruit professionals directly into uniform.