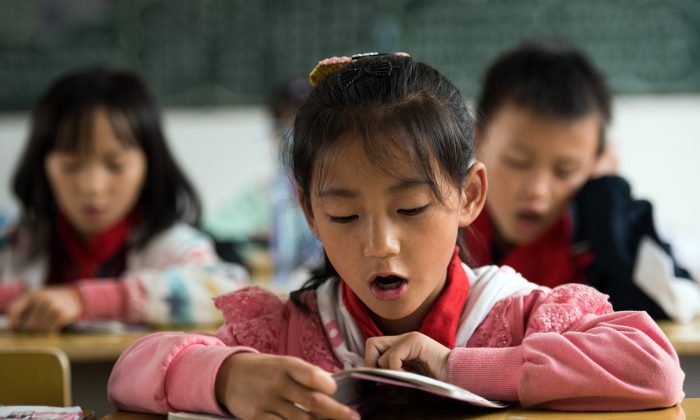 An estimated 13 million undocumented Chinese—mostly young people born illegally in contravention of the one-child policy—are eligible for official registration that would give them access to basic social services, a Communist Party reform commission stated on Dec. 9.

After Communist Party leader Xi Jinping led a meeting with the Central Leading Group on Comprehensively Deepening Reform, the group released a statement reiterating that access to the registration system, known as “hukou” in Mandarin, was a basic right for all Chinese citizens.

The commission’s statement is not a change of policy, but a matter of enforcing existing laws. The directive, however, might well be undermined by corruption at local levels, where family planning and residential controls are implemented.

For decades, an entire class of people has grown up without being registered. Known as “black children,” their lack of hukou means they are denied basic social services, schooling, health care, and train or air travel that requires IDs they don’t have.

“If someone isn’t registered, it basically means they aren’t recognized as a Chinese citizen,” Hu Xingdou, an economics professor at the Beijing University of Science and Technology, told Radio Free Asia (RFA).

Many of those unregistered are children born in contravention of the one-child policy, which was instituted in 1980. Others are orphans, the homeless, or children born out of wedlock. Lacking education and access to services, “black children” often end up hopeless and destitute.

A-Dong, a resident in the southern province of Guangdong with a second child, is not optimistic that the Party’s statement will make much difference.

Chinese law already says that all citizens have the right to hukou registration, but in practice, since families face heavy fines if their “black children” are discovered, they won’t apply for hukou.

“If you try to register [a second child], they make you sign a document admitting your guilt, that your child was an excess birth,” A-Dong, who used a pseudonym, told RFA.

Legally, hukou registration was decoupled from family planning regulations in 1988, meaning everyone should have equal access to register irrespective of birth status. But local officials have tended to use illegal births as a way to extort payment for hukou registration.

The concern is that this will remain the case even as Beijing loosens the one-child policy to allow for second children, making genuine liberalization of the hukou system difficult if not impossible.

“They may have canceled the one-child policy, but there are still places where local officials use the fact that any bureaucratic process must start at the grassroots level—sometimes even the village chief has the power to initiate hukou applications,” Huang Qi, an activist in Sichuan Province, told RFA.

The new directive may also make things worse for families of “black children” in the short term.

They may have canceled the one-child policy, but there are still places where local officials use the fact that any bureaucratic process must start at the grassroots level.
— Huang Qi

“There will also be more pressure [from the authorities] on people to get their child registered before the policy comes out, because if they do it afterward, the government won’t get its fine money,” Huang said.

Even taking the cases to court is ineffective, as the majority of legal officials simply side with the local government, said lawyer Jiang Yuanmin in an interview with Voice of America.

“They rely on local [government] financing for their pay and personnel relations,” Jiang said.

The very existence of the hukou system, first instituted under Mao, has been heavily debated in Chinese society, given that it affects the well-being of hundreds of millions of workers from rural areas and their families.

Hu Xingdou, the Beijing professor who spoke to RFA, called the system “inhumane in its very nature.”

“It goes against the principles of a civilized society,” he said, noting that internationally, the household registration system is a distinction that China shares only with North Korea and Benin.

The system creates massive social problems because it forces rural parents who go to work in the cities to leave their children behind since they can’t attend school outside their registration area.

In an article for Voice of America, prominent Chinese-born, U.S.-based economist He Qinglian argues that the abolition of the hukou system is the only viable long-term solution for solving social problems among Chinese workers.

The commission’s stated reason for the announcement was concerns about social stability. But some in China believe there are other motivations.

Xiao Yuhui, a demographer based in Guangdong Province, guesses that Beijing intends to use the 13 million unregistered citizens, who are mostly young, to bolster statistics in a time when the overall population is aging.

“If they enter those 13 million unregistered people onto the books, it will actually make the population look less unbalanced,” Xiao told RFA.

This is especially poignant given that the two-child policy won’t have much impact on China’s population for many years.

“Only 20 percent of those eligible have applied for a second child since last year’s [partial] reforms,” Xiao said. “But with administrative measures like not fining people anymore, they can achieve the same policy goal.”