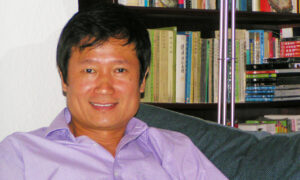 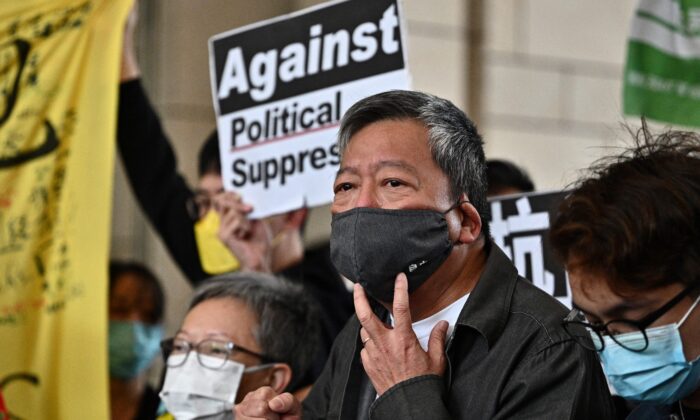 The Chinese Communist Party’s encroachment on Hong Kong’s autonomy may mean the end of “one country, two systems” but it’s not the end of Hong Kong, says Emily Lau, former Democratic Party chair and legislator in Hong Kong.

“The people will continue to fight, fight for what we believe in and fight for the values that Beijing promised under the Sino-British Joint Declaration and the Basic Law,” Lau told NTD’s “Focus Talk” program.

As a result, more people will be arrested, charged, thrown into jail—more will make a sacrifice, Lau continued. But it is no different than many places around the world where people have and are fighting very hard for their values and beliefs, with many having paid a very heavy price.

After the recent detention and sentencing of Hong Kong’s pro-democracy dissidents, more people will come to the conclusion that “the independence of the judiciary is dead” and that the courts are no longer able to protect the people’s freedom and personal safety, Lau said.

Earlier this month, Hong Kong media tycoon Jimmy Lai was sentenced to 14 months in prison, and nine other dissidents received jail time or suspended sentences for organizing and participating in unauthorized assemblies during mass anti-Beijing pro-democracy protests in 2019.

Among them were Martin Lee, an 82-year-old barrister who has been dubbed the “father of democracy” in Hong Kong, two other lawyers, and six former Hong Kong lawmakers.

Unauthorized assemblies, or those without police permission, in the past were only penalized financially, Lau explained. This time, however, the judge set a precedent by handing jail sentences up to 18 months to the political dissidents for taking part in the very peaceful and nonviolent assembly, Lau said, adding, “it’s really dreadful.”

Journalists in Hong Kong are also under severe pressure. The management at publications may want them to self-censor fearing that the outlet will be shut down or they themselves may get arrested, Lau said. It also pertains to foreign media, she added.

“It is a very grim picture, and it is very sad.”

On April 12, The Epoch Times’ printing plant in Hong Kong was attacked by hammer-wielding intruders who damaged company’s computers and printing equipment. The attack was denounced and condemned by the U.S. State Department, U.S. lawmakers, as well as lawmakers, experts, and organizations from around the world.

“We condemn the attack on The Epoch Times’ printing plant and urge the Hong Kong authorities to thoroughly investigate and bring the perpetrators to justice,” a State Department spokesperson said.

Some journalists have even left Hong Kong. There may be more and more news organizations that will shut their doors but there are still some very brave journalists working there, Lau said. “We all need to support them,” she added.

“For the place to be free and safe, one important aspect is a free press. It will help to preserve these things. And so when the authorities take action, they aimed at the press to silence them,” Lau explained.

“We all have to continue to fight for maximum space,” she said. Some media, if they cannot function as mainstream media, use online or social media channels unless those are also cracked down on by the government, Lau continued.

“They want to use every means possible to defend their values. … People just have to do it in a very wise, and in a very intelligent and creative way,” Lau said.

Schools and universities are also “under tremendous pressure and some politicians even suggested setting up CCTV cameras in the classroom to monitor the teachers,” Lau said.

On March 30, the Chinese communist regime finalized a major reform to Hong Kong’s electoral system that will cut the number of seats in the Legislative Council—the city’s parliament—that is elected by the public.

“These changes will ensure that Beijing will have complete control over the system, over the people who are chosen to sit in the Legislative Council,” Lau said.

Hong Kong is very small and has a very small population, so if Beijing wants to tighten control over it, they can do whatever they want. But people of all kinds of political views are very unhappy with it, Lau said, “because our system, our safety, our freedom, [is] sort of evaporating before our very eyes.”

Beijing officials said many times publicly that the protests that occurred in Hong Kong within the last few years were “totally intolerable,” Lau said. However, Beijing must be very upset with the Hong Kong government under the leadership of Carrie Lam because she has not been able to bring the city under Beijing’s control and end the unrest, Lau explained.

“We have urged Carrie Lam to conduct dialogue, to conduct an independent judicial inquiry into the whole saga so as to let everybody calm down, but she refused or Beijing would not let her,” Lau said.

Once Beijing saw that the Lam administration was not able to govern Hong Kong, it stepped in. But it was done in an extremely tough way without consulting the Hong Kong people, Lau continued.

Some Hongkongers will be intimidated by Beijing’s actions as they witness the Chinese regime doing whatever it wants in the city, be it imprisoning dissidents, and changing the political system and the electoral rules, Lau said. But others will continue to fight for freedom. “I certainly hope it will be done in a peaceful and nonviolent way,” she added.

There might be some Hongkongers who want to emigrate, especially those with families “because they want their children to have a safe and free future,” Lau said.

Lau hopes that “foreign countries—especially democratic, free, and safe countries—will have more friendly policies and so allow Hong Kong people to emigrate there.”

Lau said that she and many of her activist colleagues will stay in Hong Kong even though some of them have already been sent to prison or will face imprisonment.

People have “weaknesses and sometimes your opponents, your enemies, will like to take advantage of that and maximize it to their advantage,” Lau said.

Lau, who is also a journalist, asked then-British Prime Minister Margaret Thatcher a question at a press conference in 1984, two days after the Sino-British Joint Declaration signing ceremony. “You signed an agreement with China promising to deliver over five million people into the hands of a Communist dictatorship. Is this morally defensible or is it really true that in international politics, the highest form of morality is one’s own national interest?”

Thatcher said in response to her question that Great Britain had done what was best for Hong Kong. Had not the agreement been signed, Hong Kong “would have automatically have returned to China [in 1997] without any assurances, without any of the advantages of the Agreement.”

Most Hong Kong people were happy with the agreement, Thatcher said, adding that Lau might be “the solitary exception.”

“Solitary exception” is the definition for insanity used by George Orwell in his book “Nineteen Eighty-Four,” Lau explained.

The Sino-British Joint Declaration laid the groundwork for Hong Kong governance in accordance with the principle “one country, two systems” for the fifty years following the handover in 1997.

However, in 2017, a Chinese Foreign Ministry spokesperson said that the arrangements made under the Joint Declaration “are now history and of no practical significance, nor are they binding on the Chinese central government’s administration of the Hong Kong [Special Administrative Region].”

Lau explained that she was right when asking her question about the Sino-British agreement because she understood the behavior patterns of the Chinese Communist Party throughout its history.

Jenny Chang and Frank Fang contributed to this report.