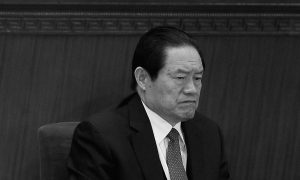 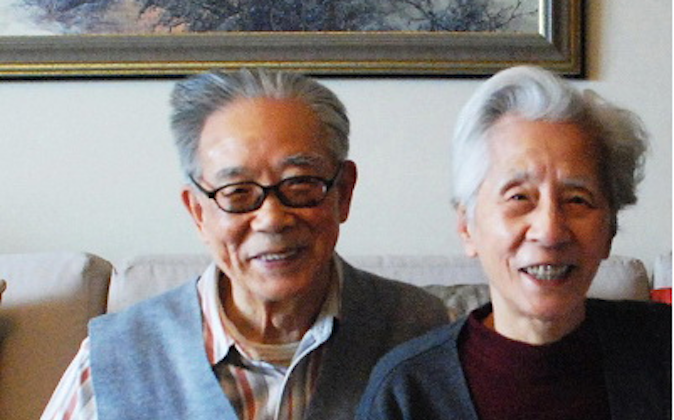 He Yanling (L) and his wife Song Zheng (R) in an undated photograph, identified as a “revolutionary couple” by People’s Daily. Mr. He recently spoke out on behalf of the persecuted spiritual practice Falun Gong. (Screenshot via people.com.cn)
China

The Communist Party must explain to the Chinese people why it is persecuting a popular meditation group that benefited society, said a former senior editor of the Chinese regime’s daily broadsheet.

Eighty-nine-year-old He Yanling, the man behind the slanting red masthead and a former front page designer of People’s Daily, the Communist Party mouthpiece, told New York-based broadcaster New Tang Dynasty Television that the Party’s 1999 crackdown on Falun Gong, a spiritual group whose practitioners do slow moving exercises and adhere to moral teachings, was completely needless.

The statement, coming from a notable Party member, is highly unusual in addressing such a sensitive political issue. It comes soon after another former high-level official, Xin Ziling, made similar comments, in another interview with NTD Television. “Re-evaluate Mao Zedong, redress the victims of the Tiananmen massacre, and end the persecution of Falun Gong,” Xin said.

He Yanling spoke with the journalist Chang Chun by telephone on April 27, according to the NTD Television report.

Persecuting Falun Gong became a personal crusade for Jiang Zemin, the former Chinese leader, and he bent the apparatus of the Party and state to suppress the practice, and installed a series of cronies who ensured that the campaign continued. This group of officials has been heavily targeted in Xi Jinping’s Party rectification campaign over the last two years.

Jiang “presumed that Falun Gong’s sit-in at Zhongnanhai would affect the stability of his rule,” He said, referencing an event on April 25, 1999 where 10,000 Falun Gong went to government offices in Beijing to protest the illegal detention of their fellow practitioners in nearby Tianjin.

Then-Premier Zhu Rongji eventually met the petitioners, and promised to release the detained and allow people to practice Falun Gong unmolested. The demonstrators dispersed, picking up litter as they left. Falun Gong practitioners worldwide still annually mark the peaceful demand of their rights.

Nearly three months later, however, Jiang pushed ahead with the persecution of Falun Gong.

“The persecution is completely unnecessary because it poses no threat to the country,” added He. “Regular folk in China felt that Falun Gong had benefits for maintaining health, and they accepted it.”

Nor was Jiang’s stance much embraced in the regime.

“The Party wasn’t properly consulted on the ban of Falun Gong—it was all Jiang Zemin’s decision, and not a formal one,” He said. “Plenty of people objected to Jiang’s decision, and I am of the opinion that it is suspect.”

In fact, 16 years after the start of the persecution, the Chinese regime has yet to formally outlaw Falun Gong, nor has it officially designated the practice as heterodox.

As such, He said, the Party needs to explain to the Chinese people “what exactly is going on.”