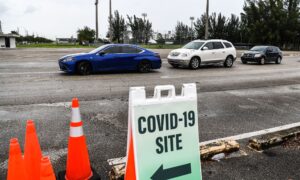 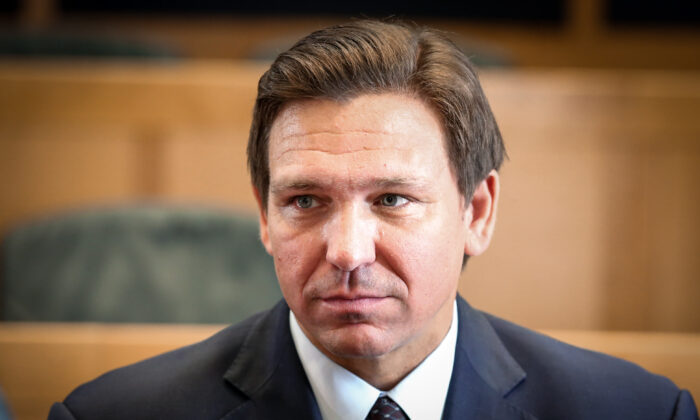 The mandates violate a state law, Senate Bill 2006, passed earlier this year that says a government cannot require people to provide proof of COVID-19 vaccination, commonly known as vaccine passports, to enter government buildings. A Florida Department of Health rule enforcing the law is set to take effect on Sept. 16. Violations of the law will result in the imposition of a $5,000 fine per person, the rule states.

Despite the law, governments in Orange and Leon counties and Gainesville have imposed vaccine passport requirements on employees.

DeSantis told a press conference that they’ll face fines of $5,000 per violation if the requirements stay in place.

“That’s millions and millions of dollars potentially in fines,” he added.

Local government officials, though, have given no indication that the looming fines will cause a change in policy.

“It is our belief that as an employer we retain the right to require vaccination as a condition of employment,” Gainesville spokesperson Shelby Taylor told news outlets in a statement.

Jerry Demings, a Democrat who is the mayor of Orange County, said Monday that county officials were unaware of the Florida Department of Health rule and would consider their legal options after analyzing it.

Demings announced the county’s mandate last month. County workers are required to become fully vaccinated against the virus that causes COVID-19 by the end of September.

More than 200 police officers and other county employees sued over Gainesville’s requirement, alleging it violates their constitutional rights and asserting that their natural immunity, gained from getting COVID-19 and recovering from it, provides better protection than the vaccines.

Some studies have indicated as much, but federal public health officials, who set policies that inform many rules across the nation, have downplayed the findings and continue urging people to get a COVID-19 vaccine even if they have natural immunity.

Florida Attorney General Ashley Moody, a Republican, filed an amicus brief in support of the Gainesville workers on Monday.

DeSantis held a press conference with workers from Gainesville and Orange County who are upset about the mandates, including Christine Damm, a Gainesville city employee and a U.S. Marine Corps veteran who has four children. She is part of the suit.

“Residents of the state of Florida should not be given mandates which require them to either lose their job or their freedom to make their own informed medical decisions. I do not believe it is anybody’s business if the citizen next to you is or is not vaccinated,” Damm said.

“My body, my choice,” she added, using a refrain commonly used by pro-abortion activists.

While there are exceptions for religious or medical reasons outlined in the city’s mandate, Damm said everybody she knows that has applied for one has been denied.