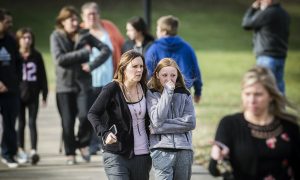 Mass Shooting at Middle School Prevented by Tip to Police
0 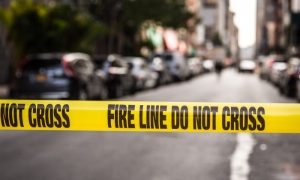 A Florida sheriff’s deputy shot and killed his wife, granddaughter, and daughter before turning the gun on himself on Dec. 19, according to reports. Sheriff’s officials said he radioed dispatchers to say he’d shot his family before killing himself in front of a high school.

The shooting took place before students showed up for classes in Plant City, located near Tampa.

Hillsborough County Sheriff Chad Chronister identified the deputy as Terry Strawn, 59, who was named “Officer of the Year” in 2009, according to WESH-TV.

Throughout the ordeal, dispatchers tried everything they could “to try and convince him that suicide was not the answer,” the sheriff said.

“There was no indication, no behavior issues,” Chronister said of Strawn. “Nothing that would lead any employee to believe this employee was struggling.”

In front of the high school, three deputies attempted to talk him out of shooting himself before he shot himself, reported the Tampa Bay Times.

“He indicated he was losing everything,” said Chronister. “I’m saddened. But I’m also disheartened that a sheriff’s deputy would ever cause harm to another individual.”

The victims were identified as his wife, Theresa Strawn, 32-year-old daughter Courtney, and his 6-year-old granddaughter Londyn, who was the daughter of Courtney Strawn.

Sheriff’s officials said Strawn began speaking over the sheriff’s radio frequency, saying he had “emergency traffic” before stating that he had killed three of his family members, the Times reported. He then gave the directions to where they could be found. Strawn then said he was planning to shoot himself at Plant City High.

“At one point he said he had to go, he wanted to be with his family,” Chronister said when deputies pleaded with him.

Earlier today, a Florida deputy Terry Strawn shot & his killed his wife, daughter, & granddaughter, alerted fellow deputies over radio, and then killed himself. The deputy retired two years ago but was hired back for security at a local school following Parkland shooting. pic.twitter.com/OPb95iTp6R

Strawn also spoke about financial and health problems, the sheriff said, adding that no financial concerns surfaced during a pre-employment background check when he came back to the force in 2018, the paper reported.

“During his radio transmission, he talked about how much he loved the Sheriff’s Office,” Chronister said. “Throughout the entire dialogue on the radio, the dispatchers did a wonderful job of trying to convince him that suicide is not the answer,” Chronister added, according to WESH.

The report said he used his service revolver in the shootings.

“Deputy Strawn is persistent, leaving no stone unturned in his pursuit of the lawbreakers,” then-Sheriff David Gee stated, according to the Times. “Recently he arrested a fugitive and an armed robbery suspect after a traffic stop. His high rate of success in the location and capture of numerous suspects has earned him this year’s top honor in east Hillsborough County.”

Several months ago, a  Hillsborough County Sheriff’s deputy shot and killed his wilfe and then himself while their four kids were at home.

“We have to change the culture,” Chronister said to the Washington Post. “We have to make sure everyone knows it’s OK to ask for help. It’s not a sign of weakness to say: ‘Hey, I’m having a difficult time. I’m having a hard time. I need some help.’”