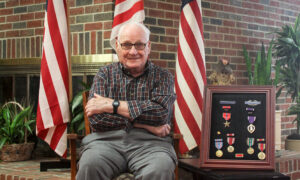 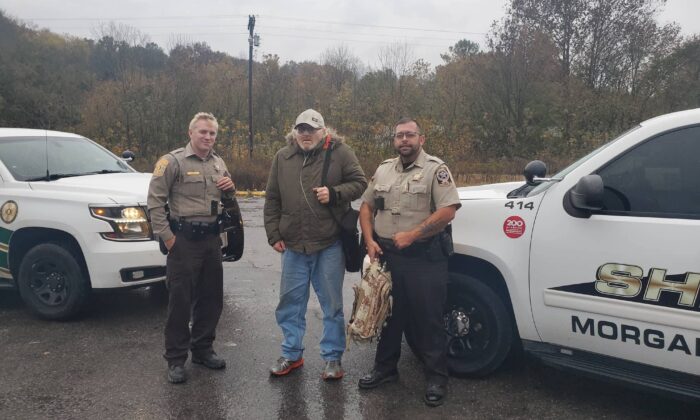 Officials in Alabama have been praised for their work this week after they went above and beyond to ensure that a disabled war veteran didn’t have to walk to his doctor’s appointment nearly 100 miles away from his home.

According to a Facebook post shared by the Morgan County Sheriff’s Office, the unnamed veteran had been attempting to walk or hitchhike from the Jasper area to a doctor’s appointment in Huntsville, which he had been told he could not miss.

The man, who has later identified by local NBC affiliate Waff48 as Gerald Baldwin, had been wearing an oxygen mask and was quickly spotted by a deputy from Walker County Sheriff’s Office who immediately escorted him to the Cullman County line.

Officials across four counties came together to ensure that Baldwin got to his appointment, each driving him to a county line before handing him over to another officer to continue the journey to his appointment.

The touching story was detailed in a post on Facebook and has since been shared 157,000 and reportedly been seen over 7 million times.

“After an overnight stay, we were happy to do it all again today… in reverse to help get the man back home.”

The post added that it was thankful to all veterans and “honoured to play a small role in supporting this man who gave a great deal for our country.”

Morgan County Sheriff’s Office later updated the post to explain that the Baldwin’s son, who he had not seen or spoken to in several years, had also seen the story.

“In an unforeseen turn of events. This post has now been seen over 7 million times. BUT…it was seen by a person in Oklahoma who shared it where it was seen by the Disabled Veteran’s son.

“The two had grown distant for various reasons but may now have a chance to reconnect,” it read.

According to the local NBC affiliate Waff48, Baldwin’s son Lance is a married father of two who lives in Pennsylvania.

Lance told the publication: “Helping veterans is a thing that I do myself, like reading posts about that and when I came across the picture I was like ‘Whoa.’

“I was thrown back a little. Like I said, I haven’t seen my dad in five or six years now.”

Baldwin said he had also joined the military because his father was in the military and is a “cable guy by profession because growing up he [dad] was a cable guy.”

He added that he had not been in contact with his father because of “bad blood” but was aware of his declining health and that he had cancer surgery the last time they spoke.

“I should’ve been there more,” he said.

Baldwin thanked officers for helping his father, saying: “I still can’t believe they went as far as they did to get him where he needed to be, and then to do it again in reverse to take him back home. I’m not a religious person, but somebody was up there watching.”

He said that seeing the viral post about his father has encouraged him to reach out and reconnect with him, adding: “He’s a tough old man…He’s always been my superman.”