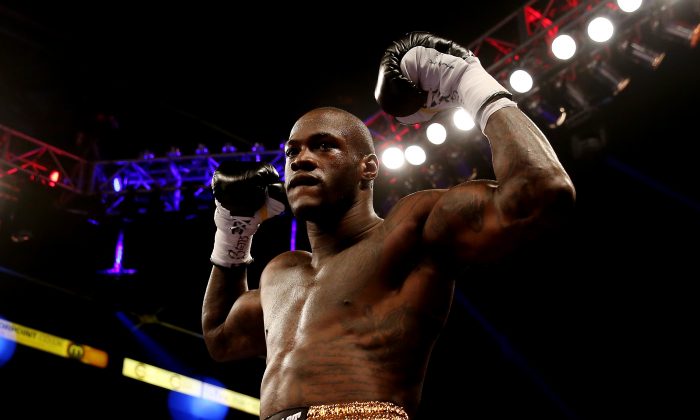 Boxer Deontay Wilder, an undefeated heavyweight, knocked out a man who has been trolling him on the Internet for years in a fight.

Charlie Zelenoff has been harassing Wilder over the phone and saying things to him on social media.

Wilder says Zelenoff has made racial comments, and also made disparaging comments about his young daughter, who has spina bifida, reported TMZ.

Zelenoff challenged Wilder to a fight at a boxing gym in Los Angeles and Wilder accepted to try to put an end to the harassment.

Wilder tried to fight him but Zelenoff threw a cheap shot and ran for the door. He did return and Wilder knocked him down.

Zelenoff ran off again but not before declaring, “I’m the best.”

He posted a video later on saying he had “an off day.”