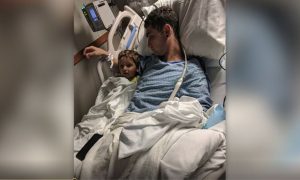 A dentist was arrested after attacking an elderly man in a road rage incident, the Massachusetts State Police said.

Nicholas Franco, 66, was apprehended on Jan. 4, for assault and battery upon an elderly person over 60 or disabled person with injury, the police said in a statement.

The charges stem from a road rage incident that took place in Boston near the intersection of Jeffries Road at Transportation Way.

The elderly cab driver was taken to Mass General Hospital for a medical evaluation and Franco was arrested. He was scheduled to be arraigned in East Boston District Court on Friday afternoon, the state police said.

Jake Wark, a spokesman for the Suffolk district attorney’s office, confirmed that Franco was arraigned on a charge of assault and battery on an elderly person on Jan. 4.

Wark told the Boston Globe that Franco was released on his own recognizance and ordered to return to court on Feb. 26.

“I was was shocked, I couldn’t get up, I tried and couldn’t do it.”

86 year old cab driver says a dentist attacked him near Logan this morning. Now the dentist is facing charges. Hear from the elderly cab driver ahead at 10 on @boston25 pic.twitter.com/ozL9sdMv7S

According to Boston 25, Franco works for the East Boston Dental Associates.

The victim told the broadcaster that Franco “came out and pushed me and hit me and I went down.”

“I was shocked, I couldn’t get up. I tried to get up and couldn’t do it, and that’s all,” Charles Touroyan added.

The elderly cab driver said that he had no broken bones.

“They took me to the hospital to check me out and I’m okay,” Touroyan said. “Nothing broken, but my son tells me in the morning I’m going to be sore.”

I am asking everyone to please keep the Marksville United Pentecostal Church in your prayers-pastor: Bro. Eric Descant!…

Five children who died in a fiery Florida crash were traveling in a church van heading to Disney World, according to the Florida Highway Patrol. Local news outlets published photos of the children.

According to News4Jax, they were traveling from Marksville, Louisiana, which is about 700 miles from Disney World. They were an hour away from the theme park when the crash occurred along Interstate 75 in Gainesville.

Steve Holland of West Palm Beach, one of the truckers, was cited between 2000 and 2014 in Ohio, Pennsylvania, Virginia, and Florida for traffic violations, driving an unsafe vehicle, driving without proof of insurance, and driving an overloaded vehicle, reported WPBF.

The station reported that he was driving north on Interstate 75 on Jan. 3 when he veered into another vehicle, lost control, and passed over the center divider, hitting the church van with children inside as well as another truck.