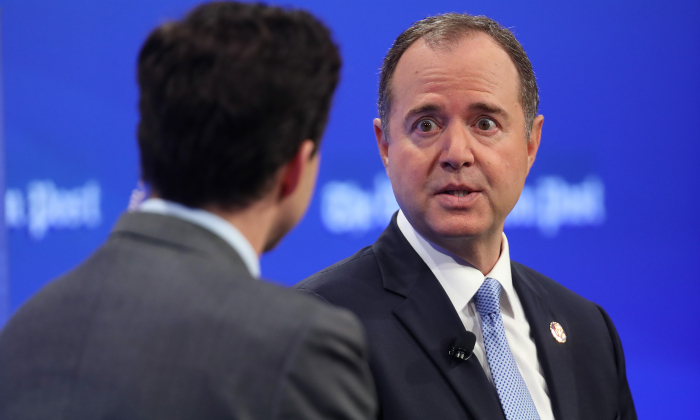 Kupperman was subpoenaed to testify in the inquiry against President Donald Trump.

“Witnesses like Dr. Kupperman need to do their duty and show up,” Schiff (D-Calif.) told reporters on Monday.

He stated that the House Intelligence, Oversight and Foreign Affairs committees will “obviously consider, as we inform Dr. Kupperman’s counsel, his failure to appear as evidence that may warrant a contempt proceeding against him.”

The White House earlier this month said it will not comply with the impeachment inquiry.

On Oct. 25, Kupperman’s lawyer filed a lawsuit in the District Court of Washington, D.C., asking a judge to decide if the subpoena is valid under House rules. His lawyer argued that he is being subject to the “irreconcilable commands by the Legislative and Executive Branches of the Government,” according to the Wall Street Journal.

Charles Cooper, Kupperman’s lawyer, wrote that he won’t testify until a court rules on a lawsuit, said a letter to Democrats on the House Intelligence Committee, reported The Hill.

“If your clients’ position on the merits of this issue is correct, it will prevail in court, and Dr. Kupperman, I assure you again, will comply with the Court’s judgment,” Cooper wrote in the letter. “It is President Trump, and every President before him for at least the last half-century, who have asserted testimonial immunity for their closest confidential advisors,” Cooper wrote.

Reports have said that Kupperman was on the July 25 phone call between Trump and Ukrainian President Volodymyr Zelensky and that is the main focus of the inquiry.

The Justice Department’s Office of Legal Counsel has claimed for years that Congress can’t force appearances from White House officials.

“We are not willing to allow the White House to engage us in a lengthy game of rope-a-dope in the courts,” Schiff also said on Monday, according to the Journal.

“My guess is they’re going to fight us having John Bolton in,” Schiff said on ABC’s “This Week.”