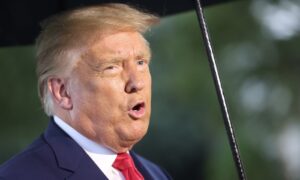 Trump Calls on Senate to Confirm Ginsburg Replacement 'Without Delay'
0 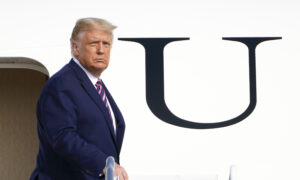 In the United States, following the death of Supreme Court Justice Ruth Bader Ginsburg, democrats are threatening that if the Trump administration fills her vacant seat ahead of the November elections, they will expand the Supreme Court and pack it with their own judges. Democrat Senator Ed Markey from Massachusetts wrote in a statement that “Mitch McConnell set the precedent. No Supreme Court vacancies filled in an election year. If he violates it, when Democrats control the Senate in the next Congress, we must abolish the filibuster and expand the Supreme Court.”

Meanwhile, Shinzo Abe resigned as Prime Minister of Japan over health reasons, and the new prime minister, Yoshihide Suga, is now taking up the position during a sensitive time when it comes to Japan’s security and economy related to China. We’ll be taking an in-depth look into this.

And the sale of TikTok has gone through, meaning people will still be able to download and use the app. Trump gave the go-ahead for the sale of the company, which for its future IPO will allow Oracle to gain a 12.5 percent stake and Walmart to gain a 7.5 percent stake. Going forward, four of the five members of the board of the directors for TikTok Global will be Americans, among whom will be Walmart CEO Doug McMillion. The Chinese company that owns TikTok, ByteDance, will still have majority ownership.