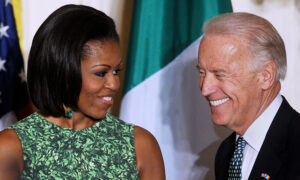 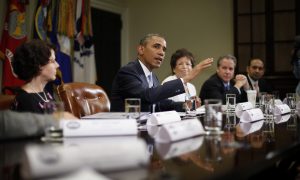 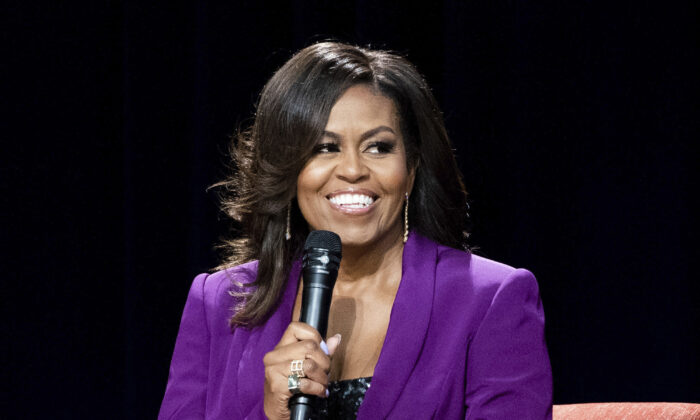 A new committee is pushing to have presumptive Democratic nominee Joe Biden choose Michelle Obama, the former first lady, as his running mate.

“Michelle Obama is the most trusted and most well-liked woman in America. She’s seen as politically above the fray and would be tremendous asset to Democrats up and down the ballot this November,” Clyde Lederman, campaign manager for the Committee to Draft Michelle Obama, told The Epoch Times on Monday.

Biden, 77, twice in recent weeks said he would love to have Obama as a running mate but noted that he doubts she would be interested. His wife Jill Biden said during an appearance on CNN’s “New Day” in late April that she would also love to have Obama join the campaign.

“I think she’s had it with politics,” Biden said, adding: “She’s so good at everything she does. That would be wonderful.”

Valerie Jarrett, a former senior adviser to President Barack Obama, said around the same time that Michelle Obama has never expressed interest in running for office and “doesn’t want the job.”

The Committee to Draft Michelle Obama hopes to create media buzz while the panel is looking at possible running mates for Biden, Lederman said. They also hope to encourage Obama to run.

“The aim of this campaign is to build on the substantial grassroots support for a potential Michelle Obama candidacy and help garner media attention for a vice-presidential nominee who has the power to beat Donald Trump,” the group said in a press release.

The committee is sponsored by or receiving support from Mack Wilbourn, president of Mack II; Sidney Topol, board member of WGBH-TV; Bill Batson, former director of the New York Civil Liberties Union; and Tito Jackson, a former Boston mayoral candidate. Some other prominent Democrats will be joining the effort soon, according to Lederman.

The push could pay dividends even if Biden doesn’t choose Obama.

“Even if we don’t secure her spot as the VP nominee, it would be incredibly helpful for her and Barack Obama to come out of their four-year political hiatus to help elect Democrats this November,” he said.

Biden has committed to choosing a woman who is younger than him as his running mate.

Biden said over the weekend during an interview on MSNBC’s “PoliticsNation” that he’s looking at more than a dozen candidates, a group that includes “significantly more than one black woman.”