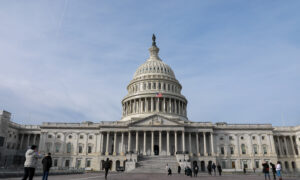 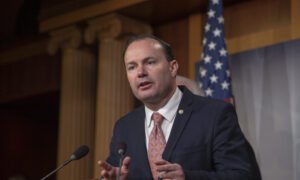 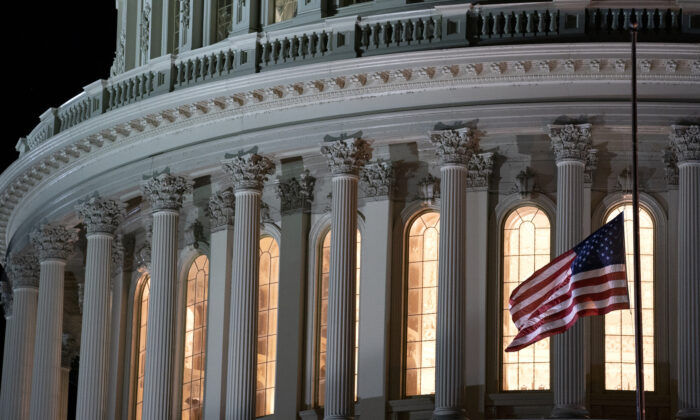 The American flag is flown at half-staff at the U.S. Capitol on Sept. 21, 2020. (Stefani Reynolds/Getty Images)
Politics

Senate Democrats have virtually no chance of stopping Republicans in the chamber from confirming a sixth conservative justice on the nation’s highest court before the Nov. 3 election, Senate experts on both sides of the aisle tell The Epoch Times.

There are parliamentary delaying tactics that will slow things temporarily such as quorum calls and repeatedly demanding time-consuming on-the-record votes, but most of the advantages are with the 53 Republicans who control the Senate, as long as they stay united.

Plus, Senate Majority Leader Mitch McConnell (R-Ky.) is considered a master of Senate procedures, a fact that has often frustrated the Senate’s 45 Democrats and two independents who typically vote with them.

“The fact is that for just about everything the Democrats can dream up, McConnell’s got a response,” Democratic strategist Jim Manley told The Epoch Times on Sept. 21.

Brian Darling, founder of Liberty Government Affairs and former senior counsel to Sen. Rand Paul (R-Ky.), told The Epoch Times that Democrats could use the quorum denial approach but only as a delaying tactic. Darling also handled Senate relations for the Heritage Foundation think tank for several years.

Asked what McConnell could do in response, Darling pointed to the Washington Post article, “Midnight Manhunt in the Senate” in 1988, which describes how then-Senate Majority Leader Robert Byrd (D-W.Va.) dispatched the sergeant-at-arms and Capitol Police to arrest Sen. Robert Packwood (R-Ore.), who was then bodily carried onto the Senate floor to reach a quorum.

“In that case, it was senators hiding in their offices. In this case, I think it would be more akin to what happened in Wisconsin in 2011, where senators just leave, they can’t be found,” Darling said, referring to Democratic state senators fleeing to Illinois to prevent the passage of a measure supported by then-Gov. Scott Walker.

Even so, Darling said, Democrats can’t win, but Republicans could lose.

“It’s going to be a war of wills, and Republicans can win this if they keep the caucus together as much as they can,” Darling said. “They just need 50 votes of senators and then a tie-breaking vote from Vice President Mike Pence.”

The vice president presides over the Senate but can only vote when there are ties.

Manley agreed, saying, “If there was a silver bullet available to Democrats to block something like this, it would have been utilized during the Kavanaugh nomination.”

Even so, David Williams, president of the Taxpayers Protection Alliance (TPA), predicts Democrats will wail and complain until the last vote is counted.

“Expect vitriol and chaos during the Senate Judiciary Committee hearings as the Democrats do whatever they can do to score political points. The hearings are sure to be less about substance and more about political grandstanding and posturing,” Williams told The Epoch Times.

Similarly, Matt Mackowiak, a GOP campaign strategist and former aide to two Senate Republicans, said he expects Democrats “will try the Kavanaugh playbook and issue threats, all while complaining and throwing a temper tantrum. It won’t work.

“They lost credibility during the Kavanaugh spectacle.”

Democratic hopes are fading, however, despite optimism over the weekend fueled by Sens. Lisa Murkowski (R-Alaska) and Susan Collins (R-Maine) both saying they think the Senate should delay consideration of a Ginsburg successor until after the November election.

On Sept. 19, Collins issued a statement, saying, “in fairness to the American people, who will either be re-electing the President or selecting a new one, the decision on a lifetime appointment to the Supreme Court should be made by the President who is elected on November 3rd.”

On Sept. 20, Murkowski announced that “for weeks, I have stated that I would not support taking up a potential Supreme Court vacancy this close to the election. Sadly, what was then a hypothetical is now our reality, but my position has not changed.”

With those two Republican senators joining Democrats, only two other Republicans would be needed, with Mitt Romney of Utah and Cory Gardner of Colorado considered likely candidates.

But on Sept. 21, Gardner said he would support moving forward in the Senate, and on Sept. 22, Romney said he also would back holding the vote on a Ginsburg replacement.

Barring something unforeseen, the numbers now strongly favor McConnell, with the key vote coming before the election and with 51 Republicans voting for cloture to move to a final debate and decision on the nominee.

That leaves Democrats with only the faintest of hopes that Gardner and Romney might change their minds when the final vote must be cast, leading to a 51–49 defeat for the nominee.

Colorado Democrats, though, aren’t likely to reward Gardner for changing sides in a reelection effort in which he has trailed former Gov. John Hickenlooper for much of the race.

“To stop a good justice would be an unforgivable act. He could never explain it as anything other than pique,” Norquist told The Epoch Times.