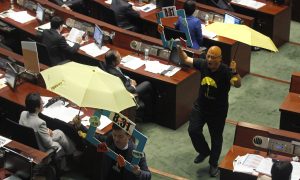 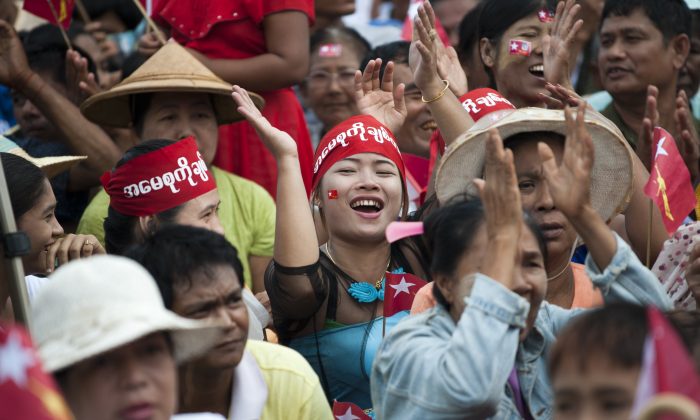 WASHINGTON—The struggling and fragile democracies of Burma, Thailand, Cambodia, and electoral reform in Hong Kong are at critical junctures. The decisions that are made at this crucial time will largely determine the democratic reform of these countries in the months or years ahead, according to the testimony given at a hearing of the House Foreign Affairs Committee’s Subcommittee on Asia and the Pacific, June 11.

Promoting democracy, human rights and good governance has long been a central component of U.S. foreign policy, and its importance should not be forgotten as the United States pursues its military and economic interests, said Chairman Matt Salmon (R-Ariz.).

Salmon noted that Japan, Korea, the Philippines, and Taiwan were long-established democracies in Asia. The newer democracies of Indonesia, Mongolia, and Timor-Leste were also important. But at this hearing Salmon wanted the focus to be on Burma, Thailand, and Cambodia—”countries that are transitioning or failed to transition fully to a democratic system,” as well as Hong Kong, where an important vote by the legislature is scheduled this month.

Generally speaking, the State Department was very hopeful. By contrast, the second panel consisting of members of nongovernmental organizations, was pessimistic, and urged the U.S. government to do more in supporting democracy and human rights in the region.

Hoping for Democratic Transition in Burma

After five decades of military rule, Burma’s November parliamentary election will be a determining factor on whether the dictatorship gives way to a democracy representing the aspirations of the people. President Obama called this election, Burma’s “most urgent matter,” and many senior U.S. government officials, including Secretary John Kerry and Deputy Secretary Anthony J. Blinken underscored its importance to Burmese officials, said Malinowski, who himself made a trip to Burma (also known as Myanmar) in January with other senior civilian and military officials.

“The credibility of the elections will be determined by the extent to which all the people of Burma have confidence in the fairness of the electoral process …,” said Malinowski.

He also said that what happens after the elections, including constitutional change, is critical on whether Burma will become a civilian-led government. “[The] constitution grants the military extraordinary powers,” he wrote.

Malinowski pointed out our concern for the persecution of Burma’s Muslim Rohingya population. We urged the government to stop its discrimination and provide a pathway for citizenship for the Rohingya population, “many of whom have lived in Burma for generations,” he wrote.

Peter Manikas, from the National Democratic Institute, agreed with the State Department that the November parliamentary elections is a “test” of the “leadership’s commitment to genuine democratic reform and an opportunity to strengthen citizen confidence on the country’s transition from military to civilian rule.”

The credibility of the [Burmese] elections will be determined by the extent to which all the people of Burma have confidence in the fairness of the electoral process …
— Tom Malinowski, assistant secretary, Bureau of Democracy, Human Rights, and Labor, U.S. Department of State

But Manikas sees the future as highly uncertain. He said that the transition has been uneven and has slowed. “While political space has opened for democratic activists, enforcement of the rights of assembly and expression remains uncertain. Many political prisoners have been conditionally released, others remain in custody …”

Kelley Currie, from Project 2049 Institute, went further and stated in her written testimony that “since the November 2012 Obama visit, reforms have stopped cold and the situation has steadily worsened for civil society …”

Currie also accused Burma of not making a bona-fide effort to resolve its Rohingya Muslim minority situation, as “thousands remain trapped in grim camps with no employment, health care, or education.” Their plight is what led many to take flight on the seas, resulting in the recent refugee crisis in the Andaman Sea and Bay of Bengal.

“Over 100,000 Royhingya are internally displaced in central Rakhine State and hundreds of thousands have fled into neighboring countries. Many of those who have fled have become victims of human trafficking,” writes Manikas.

Salmon said he saw “limited progress toward [Thailand] returning to a democracy,” since the latest military-led coup in May 2014, with no date set for new elections. The junta under the National Council for Peace and Order (NCPO) has imposed an interim constitution that severely limits freedom.

The State Department’s written testimony did not have an answer for the chairman. It said vaguely there were signs that the date for parliamentary elections could slip even later than early 2016. Further, there has been no timeline on holding a public referendum on the draft constitution.

The State Department said that the United States has had a long-standing friendship and relationship with Thailand, going back 182 years, and wants its democracy restored “through free and fair elections.” Thailand has had 12 successful military-led coups, and several attempted coups, since it became a constitutional monarchy in 1932. “As required by law, [the U.S. government] immediately suspended certain assistance when the coup occurred,” states the testimony.

The State Department’s written testimony expressed concern that although martial law was lifted April 1, many of the same civil liberty restrictions continue, and singled out the retention of the practice of trying civilians in military courts.

On Thailand, the NGO testimonies were far less hopeful of a democratic restoration compared to the State Department.

From the Center for Strategic and International Studies, Murray Hiebert wrote, “The military has assumed political control in order to ensure it manages the royal succession, whenever that takes place. At least some observers said it is not likely that we will see real elections in Thailand until the succession takes place and that could be years.”

I currently see limited progress toward [Thailand] returning to a democracy
— Matt Salmon, congressman and chairman, , Subcommittee on Asia and the Pacific, House Committee on Foreign Affairs

Currie also blames the monarchy for “stunting” Thailand’s democratic development. Thai society and politics is highly polarized. The monarchic institutions serve as a mediator in Thai society that crowds out “key democratic tenets, particularly freedom of expression,” Currie wrote. The United States depends on a dying institution for stability, she added.

Hiebert said that the NCPO prohibits political activity and censoring the media. “Several hundred political dissidents are believed to have been tried by military courts,” he wrote.

“The NCPO ordered newspapers not to publish articles critical of the military. Satellite television stations and radio stations loyal to political factions were shutdown. … The military has blocked access to several hundred websites considered to pose threats to national security,” he wrote.

The Hong Kong Legislative Council will vote this month, probably June 17–20, on the Hong Kong government’s universal suffrage reform package that kowtows to Beijing’s framework restricting who can stand in the election for chief executive. Human Rights Watch’s China Director Sophia Richardson said to anticipate protests or rallies following the vote on the reform package.

The State Department argued that Hong Kong’s chief executive would have more legitimacy if the selection were through a competitive election “featuring a meaningful choice of candidates.”

The fact that we don’t really engage China in democratization is not lost on other countries in the region.
— Sophie Richardson, China director, Human Rights Watch

Richardson testified, “Each of the chief executives handpicked by Beijing has proven deeply unpopular with significant numbers of people in Hong Kong, and the prolonged uncertainty over the 2017 and 2020 election process is likely to trigger ongoing protests.”

The State Department testimony claimed a large measure of credit for persuading the Cambodian government to dialogue directly with the opposition and not resort to violence, which has marked previous political transitions in Cambodia. The opposition, which demanded electoral reforms and investigations into election irregularities and had boycotted Parliament, reached a political agreement with the government.

Concern was raised by the State speakers for a draft law that has been around since 2011, which, if passed, would restrict NGOs and threaten freedom of speech, association, and assembly. The exact contents haven’t been disclosed. The U.S. and Cambodian civil society demand more transparency in the legislative process and that meaningful discussions on its contents be allowed. The Cambodian government signaled its intention to pass the law without further consultations as early as this month.

Currie said that the administration’s approach to the “rebalance” toward Asia—emphasizing economic and security interests—has failed to fully incorporate democratic values. This deficiency is seriously undermining our efforts at supporting democracy and human rights in Burma, Thailand, and Cambodia, she said.

“The fact that we don’t really engage China in democratization is not lost on other countries in the region.” It signals to countries in Asia that the United States is not concerned about serious political reform.

Richardson testified, “American officials rarely speak about the lack of competitive elections in China, or even imagine standing in solidarity with pro-democracy voices from the mainland.”