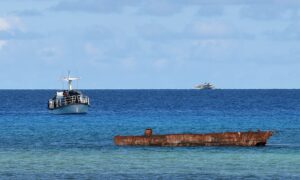 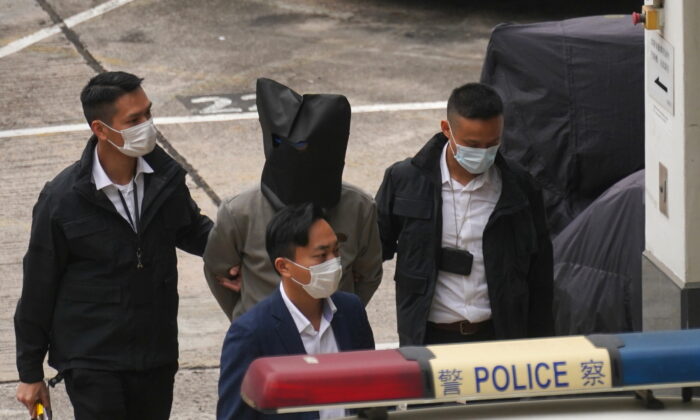 HONG KONG—Eight Hong Kong democracy activists, jailed in China last year after being captured at sea, arrived back in the city and were immediately detained on Monday in a case that has drawn international attention and concern over their treatment.

They were among 12 activists facing charges in Hong Kong over pro-democracy protests, who were intercepted by mainland authorities in August 2020 on a boat allegedly en route to Taiwan.

They were sent home to Hong Kong on Monday after serving a sentence in China for illegally crossing the border, only to be detained on arrival on the previous Hong Kong charges.

Activist and barrister Chow Hang-tung, speaking on behalf of a concern group for the defendants, said she was unhappy with the handover arrangements for them.

“(Authorities) never communicated with the family about the whole arrangement so the family members are forced to come here and wait all day until now,” Chow said at a press briefing outside a Hong Kong police station close to the mainland border.

“Just for the very thin hope of seeing their families, waving to them, shouting to them, even till now, they still haven’t had any chance to meet their sons.”

“It’s a case of out of the frying pan, into the fire.”

Among the eight is Andy Li, arrested under a draconian national security law Beijing imposed on the Asian financial hub in June 2020 that critics say is aimed at crushing dissent.

In December, a Chinese court sentenced 10 of the 12 to between seven months and three years in jail. Defendants Tang Kai-yin and Quinn Moon, who were sentenced to three and two years, respectively, are still in southern Guangdong province.

Two minors who were among the 12 pleaded guilty to illegally crossing the border and were returned to Hong Kong in December.

During the detention of the 12 in the southern Chinese city of Shenzhen, mainland authorities denied their families and lawyers access, insisting they be represented by officially appointed lawyers, provoking criticism from rights groups.

Pro-democracy activists began fleeing Hong Kong for Taiwan from the early months of the protests in 2019, most legally by air, but some by boat, activists in Taipei have told Reuters.

Hong Kong, a former British colony, returned to Chinese rule in 1997 with the guarantee of freedoms not seen on the mainland, including freedom of speech and assembly. Democracy activists complain that Communist Party rulers in Beijing are whittling away at those freedoms.

Since Beijing imposed the national security law on Hong Kong, scores of democracy campaigners have been arrested, some elected legislators have been disqualified and others have fled overseas.