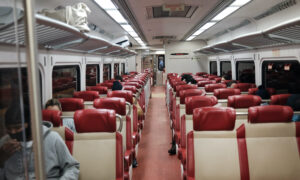 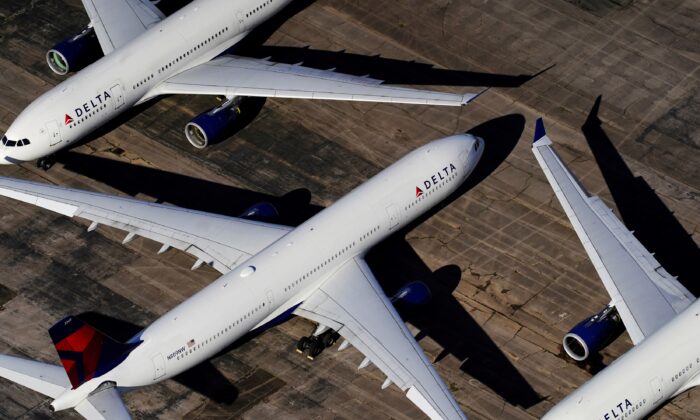 Delta has called on other airlines to share their “no fly” lists of problematic passengers who have been banned, in an effort to protect airline employees.

The airline sent two internal memos to staff on Sept. 23 as a “reminder of Delta’s commitment to creating a culture of safety for every employee” in response to recent  incidents involving “unruly passengers.”

“At Delta, we now have more than 1,600 people on our ‘no fly’ list, and we’ve submitted more than 600 banned names to the FAA in 2021 as part of their Special Emphasis Enforcement Program,” Delta said in a statement on Thursday.

“We’ve also asked other airlines to share their ‘no fly’ list to further protect airline employees across the industry—something we know is top of mind for employees as well. A list of banned customers doesn’t work as well if that customer can fly with another airline.”

The memos, sent by Kristen Manion Taylor, S.V.P.—InFlight Service, and Eric Phillips, S.V.P.—ACS and Cargo Operations, came on the same day that the U.S. House of Representatives Committee on Transportation & Infrastructure held a hearing titled, “Disruption in the Skies: The Surge in Air Rage and its Effects on Workers, Airlines, and Airports.”

Delivering opening remarks at the hearing, Subcommittee on Aviation Ranking Member Garret Graves (R-La.) said there have been 4,284 complaints of unruly passengers as of Sept. 14, although more than 350 million passengers have flown so far this year so that figure represents 0.001 percent.

According to the Federal Aviation Administration (FAA), that figure stands at 4,385, with 3,199 of those reports relating to passengers refusing to wear a mask. Meanwhile, the agency says it has initiated 789 investigations against unruly passengers.

However, Graves noted that there has been an increase in “unruly behavior” from some passengers overall, including cases where airline employees and flight attendants have been intimidated, abused, or assaulted.

“The FAA is correct for aggressively enforcing the rules and regulations that are applicable to air travel and for holding people accountable for failing to comply, and that unruly and illegal behavior shall not be tolerated—period,” Graves said.

Delta said Airlines for America, which represents the company, also called for federal agencies and authorities to take stronger actions regarding problematic passengers.

The airline also said it had expanded its Peer Support teams, Mental Health Coaching to help employees who have been affected by incidents relating to problematic passengers.

As part of the FAA‘s Reauthorisation Bill (pdf), the FAA can propose up to $37,000 per violation for unruly passenger cases. Previously, the maximum civil penalty per violation was $25,000.