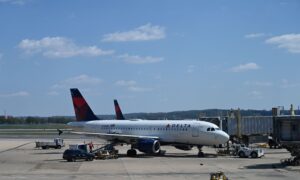 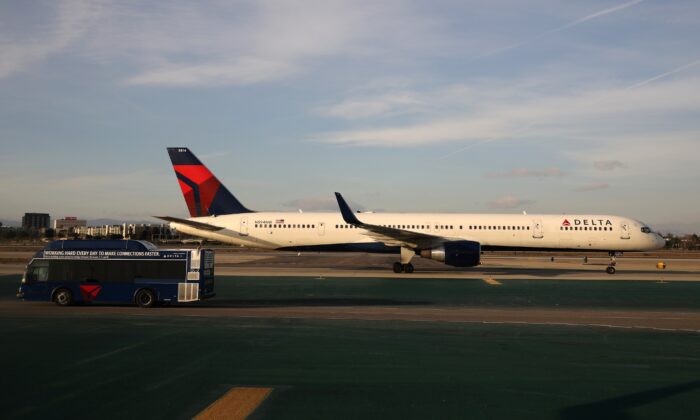 A Delta plane passes a Delta bus on the tarmac at LAX airport in Los Angeles, Calif. on Jan. 10, 2018. (Lucy Nicholson/Reuters)
Business

Delta to Retire Boeing 777 Aircraft Fleet to Rein in Costs

Delta Air Lines said on May 14 it would no longer fly Boeing Co’s wide-body 777 aircraft and some of the other older high-maintenance jets, as the U.S. carrier looks to cut costs amid a steep fall in bookings due to travel restrictions around the world.

The spread of the CCP (Chinese Communist Party) virus has virtually brought airports around the globe to a standstill, leaving airlines to take drastic steps to make savings.

The move to retire 18 Boeing 777 jets, along with the MD-90 planes, by the end of the year would result in second-quarter non-cash impairment charges of $1.4 billion to $1.7 billion, before tax, the airline said.

Delta said it would use Airbus SE’s more fuel-efficient and cost-effective A330 and A350-900 wide-body planes for long-haul flying when international demand returns.

“Our principal financial goal for 2020 is to reduce our cash burn to zero by the end of the year, which will mean, for the next two to three years, a smaller network, fleet, and operation in response to substantially reduced customer demand,” Chief Executive Officer Ed Bastian said.