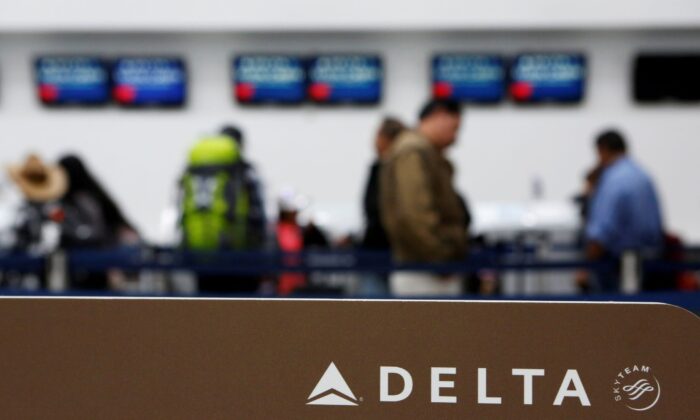 Passengers check in at a counter of Delta Air Lines in Mexico City, Mexico, on Aug. 8, 2016. (Ginnette Riquelme/Reuters)
Companies

CHICAGO—Delta Air Lines sees a place for Boeing’s 737 MAX airplane at the carrier as it looks to reshape its fleet over the next decade, Airline Weekly reported on Thursday, citing comments by Delta’s chief executive.

“No news to report [but] we’re constantly talking to [Boeing],” Airline Weekly quoted Delta Chief Executive Ed Bastian as saying in a webinar on Sept. 20. “There’s certainly a place for [the MAX] if we can figure out how to bring them in.”

Any Boeing 737 MAX order would be the first for Delta, which did not have the aircraft in its fleet when the plane was grounded in March 2019 following two fatal crashes. It would also be the first major Boeing order for Delta in a decade.

The story, however, did not say if there were any purchase orders on the horizon.

A Delta spokesperson declined to confirm Bastian’s comments and said the airline has no fleet announcements to make.

Boeing did not respond to a request for comment.

Reuters reported last October that Boeing had discussions with Delta to take 40 of the 737 MAX jets.

In the webinar, Bastian said Delta was also looking to acquire more Airbus A220 and A350 aircraft, Airline Weekly reported.

Airbus did not respond to Reuters’ request for comments.