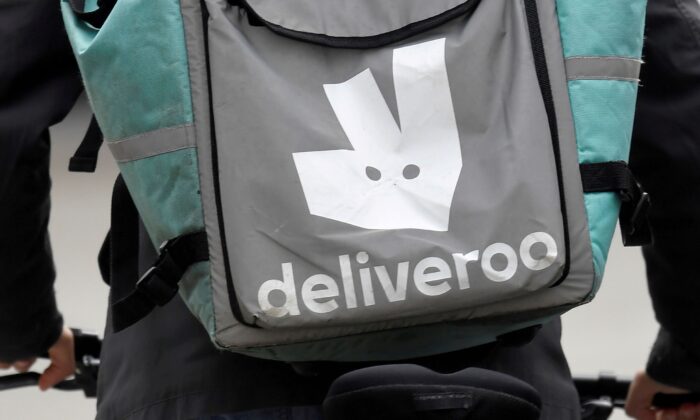 LONDON—Food delivery company Deliveroo upgraded its full-year growth forecast on Wednesday after the gross value of its orders in the third quarter increased 58 percent year-on-year, despite lockdown measures easing in most of its markets.

The British company, which had performed strongly during lockdowns, said it expected its gross transactional value to rise by 60–70 percent this year, up from its previous forecast of 50–60 percent.

“While we are mindful of current and potential macroeconomic disruptions and uncertainties, we expect further strong performance in the remainder of the year and we are increasing our full year GTV growth guidance,” he said.

The value of Deliveroo’s orders in the quarter increased to 1.59 billion pounds, with the number of orders increasing 64 percent to 74.6 million.

The average size of each order declined by 4 percent to 21.4 pounds, Deliveroo said.