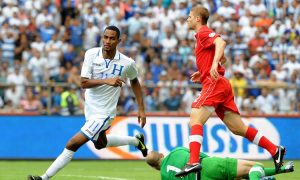 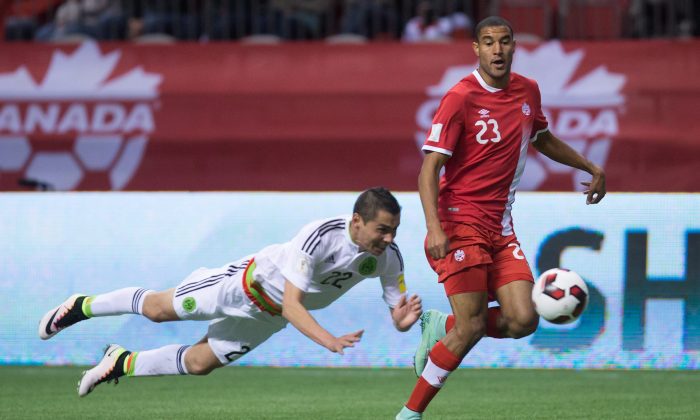 Canada needs at least a draw in Honduras. Sound familiar? But that’s just the start. At least Canada controls its own destiny.

Canada always knew it was going to get two footballing lessons from Mexico. It lost both games by a combined score of 5–0.

Canada is attempting to reach the Hex—the final six-team round robin tournament from which the top three teams will automatically qualify for the World Cup; the fourth-place team moves on to an intercontinental playoff. Canada hasn’t gone that far in World Cup qualifying since 1997.

After the lessons from Mexico, Canada now sits third in the group, tied with Honduras on four points, but with a goal differential worse by three goals.

Leading up to that game, under then head coach Stephen Hart, Canada had every reason to be confident in its ability to snatch a draw. It had beaten Cuba twice and Panama at home.

Now, should Canada get that ever-elusive draw in Honduras on Sept. 2, it would still need to ensure it gets a better result than Honduras in the final match day of the round robin. Of course, if Canada were to win—bring on the Hex. But another loss in Honduras and the World Cup dream would essentially be over again.

In that final match day on Sept. 6, Canada hosts El Salvador—venue to be determined—while Honduras travels to Mexico. The Hondurans beat Mexico at Estadio Azteca in the Hex leading up to the 2014 World Cup.

But in that 2014 World Cup qualification campaign, Mexico finished this semifinal stage with a perfect 6–0–0 record. It would be a surprise if Mexico didn’t repeat that feat this year, given that it’s a stronger team.

And for what it’s worth, Honduras is a weaker team now than in 2012. Its world ranking hasn’t been this low in nearly 20 years. But it too has destiny in its own hands and can take comfort from its big win over Canada four years ago.

No doubt, Canada gained valuable experience playing two more times together and in the intimidating Estadio Azteca against the best team in the region. That will help going back to Honduras.

However, under head coach Benito Floro, who took over in August 2013, the team’s play is still a level or two below the best teams in the region. Goalscoring is a major concern. Canada was shut out in three Gold Cup games last summer and has scored one goal in four games in this World Cup qualification round robin stage.

Canadian strikers have been ice cold when presented with good scoring chances. Cyle Larin and David Hoilett should have scored in the first half against Mexico at BC Place. Then Mexico took advantage of the wide-open play to make Canada pay for its mistakes.

In Mexico City, Canada didn’t see anything close to a chance as good as the ones blown in Vancouver. The Mexicans won the game 2–0 without ever reaching top gear. The crowd in Mexico City actually booed the team at full time.

Floro’s coaching decisions deserve scrutiny. He has insisted on playing Doneil Henry as right fullback when most of Henry’s experience has been as a central defender. Henry was guilty of conceding an early penalty that sent Mexico on their way at the Azteca and had a poor game in Vancouver.

Floro has also left out Toronto FC midfielder Jonathan Osorio from the squad. The midfielder, who can find the back of the net, would definitely have boosted Canada’s attacking threat.

For Canada, a new belief had started to set in. It was off to a solid start by beating Honduras 1–0 at home and drawing 0–0 in El Salvador last November. A record crowd of 54,798 showed up at BC Place on Friday, March 25.

But now, Canada has no margin for error. Playing in the Hex for the first time since 1997 would be another boost for soccer in Canada, especially knowing the World Cup is one step away.