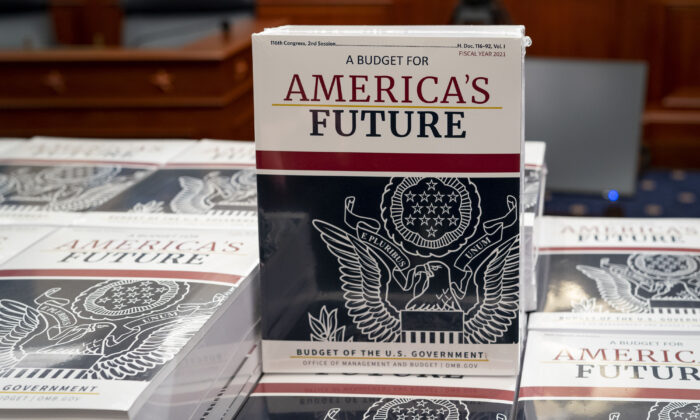 President Donald Trump’s new budget confirms that without corrective action, trillion-dollar deficits will be with us for years and perhaps decades to come. Trump’s budget plan has many smart and urgent spending reforms. But will Congress ignore them once again?

Alas, probably, but the longer we wait, the shorter the debt bomb fuse. But step one in solving this crisis is to recognize the facts about it and to dispel the pervasive mythologies about what caused this ocean of systemic borrowing and how best to deal with it.

Myth 1: Trump created these deficits. No, no, no. These were the deficits that Trump was facing the day he entered office. The debt, according to the Congressional Budget Office, was expected to be this high and steadily growing every year for the next two to three decades. This was all baked into the cake, and everyone in Washington knew it. But for years, Congress did nothing to prepare for the impending retirement of some 80 million baby boomers. Trump can take the blame for not doing more to cut spending (by vetoing budget bills), and I’m happy to join that chorus.

Myth 2: Trump tax cuts have cost $1.2 trillion. Wrong. Federal revenues since the Trump tax cut passed in 2017 are up roughly $150 billion and were higher in 2019 than any other year in history (adjusted for inflation). These tax cuts and other reforms have added about $5 trillion to $6 trillion to the forecast for economic growth from 2018–2027. Over the decade, the higher revenues from the extra growth and employment have roughly offset the revenue loss from the rate reductions.

Myth 3: Entitlements are the reason the debt is exploding. Yes, income transfer programs such as Social Security, Medicare, Medicaid, and the Affordable Care Act are surging, but so are the discretionary programs. Those are up some $200 billion over the last three years. Energy, agriculture, foreign aid, and other giveaway programs can and should be cut immediately. The budget started to spiral out of control when Republicans and Democrats got together and foolishly scrapped budget caps and the automatic spending cuts known as sequestration.

Myth 4: Taxing the rich will solve the problem. Nope. There aren’t enough millionaires and billionaires such as Bernie Sanders, Tom Steyer, and Michael Bloomberg to get money to balance the budget. The latest “soak the rich” plans would raise $4 trillion (assuming they don’t change any behavior), but even that would only reduce our deficits over the next decade by about one-third. Wealth taxes across the globe, including the U.S. death tax, have all been colossal failures that have been mostly repealed because they do more damage than benefit to a nation’s economy.

Myth 5: Democrats have a plan to bring down the deficit. Oh, really! Sens. Sanders and Elizabeth Warren would authorize nearly $50 trillion for everything from “Medicare for All” and the Green New Deal to education spending and student loan forgiveness. Congressional Democrats want free health care for illegal immigrants and higher Social Security benefits, making the entitlement crisis worse.

In other words, the Democrats’ solution is to load even more people onto the deck of the Titanic. The new Democratic economic creed, Modern Monetary Theory, says that we can keep running deficits and never have to pay them back. Sure. And this newspaper is going to give me $1 trillion for writing this article.

Myth 6: The deficit and debt problems are hopeless. This is the biggest myth of all. No. Here’s how we balance the budget in two steps: First, get to 3 percent annual economic growth, which will mean more jobs, more taxpayers, and fewer welfare payments. Second, impose an enforceable cap on overall spending at the inflation rate of 2 percent over 15 years. That gets us to zero deficits.

Is that so hard? The good news is if there is a national will to break our addiction to deficit spending, there is a way.