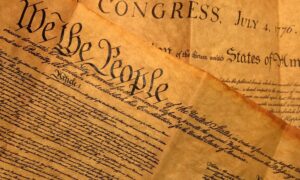 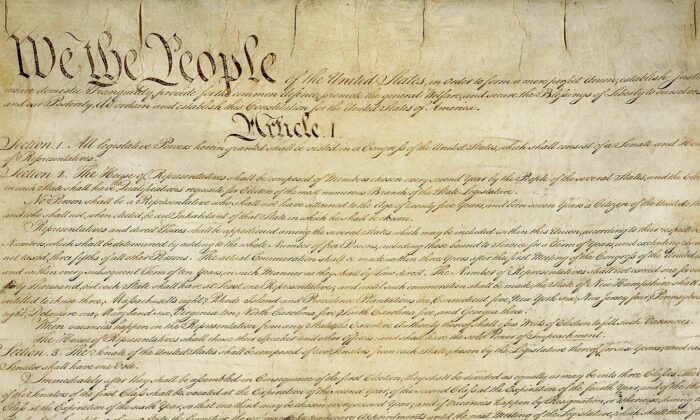 Defending the Constitution: The ‘Three-Fifths Compromise’ Was Not Based on Racism

This is the second in a series of essays answering defamatory charges leveled against the U.S. Constitution. The first in the series addressed the allegation that the Constitution discriminated against women. In fact, as that essay showed, the framers took pains to ensure the document was gender-neutral.

Another false charge is that the Constitution stems from, and continues to reflect, “systemic racism.” Critics point to Article I, Section 2, Clause 3—the “three-fifths compromise” explained below—even though that provision was amended out of the document more than 150 years ago.

By way of illustration, a 2011 Time magazine cover story asserted, “The framers … gave us the idea that a black person was three-fifths of a human being.” Last year, Time doubled down with a column stating that “the Constitution defined African-Americans as only three-fifths of a person.” Similarly, a Teen Vogue item misinformed its young readers with these words:

“White supremacy is systemic. … It thrives in politics with systems … like the electoral college, a process originally designed to protect the influence of white slave owners, which is still used today to determine presidential elections [because] … [e]nslaved black people … were declared three fifths of a person in order to strengthen the power of the white men who kept them in bondage.”

The Internet is littered with such drivel.

The truth is that the Constitution’s text was racially neutral. The framers employed the same word—“person”—to refer to humans of all races. They rejected the racial qualifications for voting and office-holding that marred some state constitutions. For all purposes, they treated Indians who paid taxes and the significant number of free African-Americans exactly as they treated white people.

So what was the three-fifths compromise? And what is the basis of the charge that it was racist?

The three-fifths compromise addressed two issues: (1) the size of each state’s delegation in the House of Representatives and (2) each state’s contribution of federal direct taxes. Direct taxes were levies imposed on individual persons (“capitations”) and on a wide range of items, such as property, income, wealth, and professions. Direct taxes were distinguished from “indirect taxes” or “duties,” which were primarily levies on consumption and on transportation of goods across political boundaries.

The Constitution provided that every state would have at least one representative in the House of Representatives. The three-fifths compromise added that both the additional representatives and direct taxes would be split among the states according to their population. But for these purposes only, each state’s population figure would be reduced (1) to exclude “Indians not taxed” and (2) to rate each slave as three-fifths of a free person.

But when the framers tried to find a formula for calculating each state’s ability to contribute tax revenue, they ran into practical difficulties. After rejecting several proposed formulas as unworkable, they conceded that, at least over the long run, a state’s tax capacity would correlate with its population.

As James Wilson of Pennsylvania said, “[I]n districts as large as the States, the number of people was the best measure of their comparative wealth. Whether therefore wealth or numbers were to form the ratio it would be the same.”

There were two exceptions to the rule that tax capacity followed population. First, some states contained substantial numbers of Indians who were governed exclusively by their tribes. They did not pay state taxes and would not pay federal taxes. Second, the framers recognized that, on average, slaves produced far less than free people.

This recognition had nothing to do with race. It was because slaves—of any race—could not sell their labor and talents in the free market. They were stuck in a centralized system of command and control, rather like communism.

Thus, the framers had to find a way to reduce a state’s representation according to the proportion of its population held in bondage.

Fortunately, the Confederation Congress already had done the work for them. In 1783, Congress studied the relative productivity of slave and free workers. Among the factors it considered were

One is reminded of Thomas Jefferson’s quotation of the Greek poet Homer: “Jove fix’d it certain, that whatever day, Makes man a slave, takes half his worth away.” As Jefferson knew, Homer was speaking of white slaves.

It’s true that the compromise also reduced a slave state’s direct taxes. But that was not a particularly good deal for the slave states, because except in wartime Congress was expected to resort only to indirect taxes—a prediction that proved true for many years.

Nearly all the framers understood that slavery was evil. But as I shall explain in a later essay, they needed to come to terms with it if they hoped to hold the union together. Failure would have led to a fractured continent and European-style internecine warfare.

But let’s not make more of the framers’ concession than the facts dictate: The three-fifths compromise was not an endorsement of, or subsidy for, slavery. It was based on a finding that slavery was economically stupid as well as unjust.

Robert G. Natelson, a former constitutional law professor, is senior fellow in constitutional jurisprudence at the Independence Institute in Denver. Supporting documentation for this essay can be found in his research paper, “What the Constitution Means by ‘Duties, Imposts, and Excises’—and Taxes (Direct or Otherwise),” 66 Case Western Res. L. Rev. 297 (2015). He is also the author of the book, “The Original Constitution: What It Actually Said and Meant.”