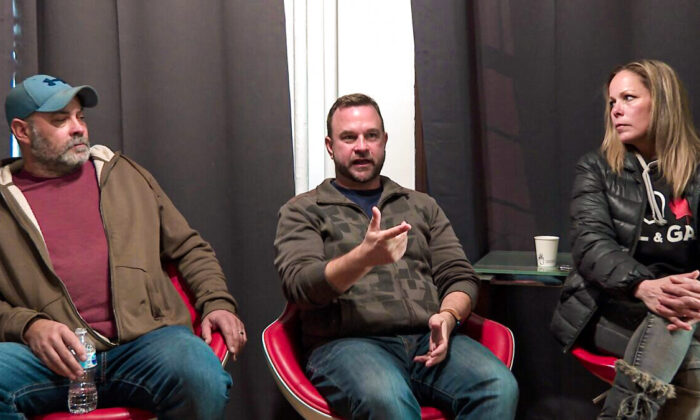 Defendants in a Freedom Convoy lawsuit have asked a court to release just over $450,000 in frozen funds so that they can pay for legal representatives in an upcoming public inquiry into the Emergencies Act.

The inquiry, which will begin on Oct. 13, seeks to hold the federal government “to account for its decision to declare a public order emergency under the Emergencies Act” against the Freedom Convoy protest in downtown Ottawa this winter.

The protest began on Jan. 29 and ended on Feb. 20. It started out as a demonstration by truck drivers opposing the federal COVID-19 vaccine mandates for cross-border travel but grew exponentially when supporters from across the country joined in to call for an end to various other COVID-19 mandates and restrictions as well.

The requested amount is part of the over $20 million the Freedom Convoy received through crowdfunding platforms GoFundMe and GiveSendGo in February.

More than $5 million of the donations was put into escrow via a Mareva order by the Ontario Superior Court of Justice on Feb. 17—pending the outcome of a proposed class action lawsuit.

Convoy organizers Tamara Lich, Chris Barber, and Benjamin Dichter are among the defendants named in the lawsuit filed in the same court by lawyer Paul Champ on behalf of public servant Zexi Li, “downtown residents, businesses and workers.” The plaintiffs hope to seek $306 million in damages.

First reported by CTV News, the defendants filed a motion with the Ontario Superior Court of Justice on Sept. 2, saying that they need $450,400 to cover legal representation at the inquiry, including an unnamed senior counsel at a rate of $350 per hour.

The defendants’ proposed amount also included $83,000 to cover the travel and accommodation costs needed to send them and other witnesses to Ottawa for the six-week inquiry, officially known as the Public Order Emergency Commission.

The defendants reasoned that “the demands of the Commission are far greater than anticipated” and that they therefore have “significant concerns about their ability to be adequately represented and to fully participate in the Commission without access to funding,” according to the motion, obtained by CTV News.

The motion added that the group “will be significantly prejudiced [during the inquiry] without access to legal representation funds.”

On the contrary, Champ, who represents the plaintiffs in the class action lawsuit, received funding to appear before the commission on behalf of a group of Ottawa community groups and business improvement associations, the motion said.

The defendants are represented by Keith Wilson, a lawyer from the Justice Centre for Constitutional Freedoms (JCCF). They had in June been granted standing in the inquiry, meaning, in part, that their group can cross-examine witnesses when the public hearing begins next month. They could have applied for funding from the commission at that time but did not do so, as according to the motion they expected that funding would come from JCCF.

The defendants said the Justice Centre can no longer fund their representation as the “JCCF funding has decreased as a result of the end of public measures resulting from the pandemic.”