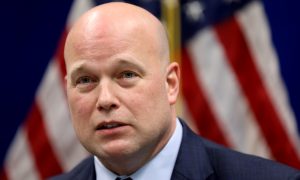 The 2020 Summer Olympics are going down in history for a number of reasons—from being the most expensive to date, to fans cheering with signs, to organizers asking fans not to line the streets. Olympic medallists are now allowed to remove their masks on the podium for a 30-second, socially distanced photo-op. And many are wondering why the Games are still called the 2020 Olympics when the year is 2021. One of the biggest factors is money. An Oxford study published last year shows the Tokyo Olympics are the most expensive summer Olympics to date. The postponement was only upping costs.

Protests erupted over the weekend in several European cities as governments are getting tougher with new lockdowns and vaccination mandates. In France, around 160,000 demonstrators took to the streets of Paris, opposing the introduction of a vaccine passport bill now pending in the French Parliament. The bill would force people to show proof of vaccination or recent testing to enter restaurants and other public areas. It also includes some of the toughest anti-COVID measures in Europe, like compulsory vaccinations for all health care workers. But critics have called it unnecessarily harsh.

Dr. Anthony Fauci says new mask mandates are under consideration—even for the vaccinated. But he added that the Centers for Disease Control and Prevention still advises that vaccinated Americans don’t need to wear them. This comes as the Department of Justice says it won’t be investigating any of the governors who ordered nursing homes to accept residents who had tested positive for the virus. Representative Steve Scalise is the highest-ranking Republican on the House Coronavirus Committee. He released a statement saying, “It is outrageous that the Department of Justice refuses to investigate the deadly ‘must admit’ orders issued by governors in New York, Pennsylvania, and Michigan that resulted in the deaths of thousands of senior citizens.” Each of the states had a high percentage of deaths among nursing home residents. None of the governors have commented on the Justice Department’s decision.