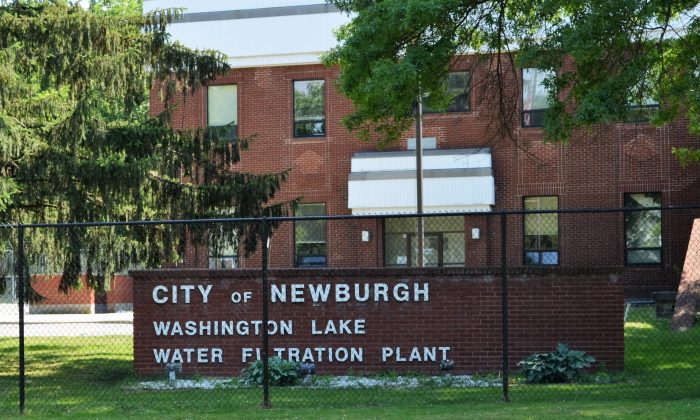 DEC Has Plan to Lower Water Levels in Washington Lake

In an Aug. 22 letter to Michael Ciaravino, city manager of the City of Newburgh, Martin Brand, acting deputy commissioner of remediation and materials management for the DEC, said that a remedial contractor is now on-site.

Water will be discharged from the lake to Silver Stream, a nearby water channel that flowed into the lake before it was believed to be carrying PFOS from Stewart Air National Guard Base and was diverted.  After first treating the water with portable granular activated carbon (GAC) treatment units, the DEC will pump water back into the stream.

The DEC contractor will install 3,000 feet of temporary piping and hoses, Brand said, “and operate high volume discharge pumps to achieve a pumping rate of at least 3,000 gallons per minute.”

Contractors have been dispatched to set up treatment equipment and have begun preparation work, the letter said.

The system will operate throughout the fall storm season to maintain water levels at least four feet below the  lake’s dam.

The temporary plan is designed to reduce the water levels in Washington Lake to avoid a release of PFOS-contaminated water over the dam spillway and into the Quassaic Creek watershed and the Hudson River.

The DEC worked with the State Department of Health (DOH) and Orange County Health Department to switch the city’s water supply to Brown’s Pond on May 2, and then to the Catskill Aqueduct on June 7. Since Newburgh stopped using the lake as a drinking water source, the water level has steadily risen and could spill over the dam in the event of extreme weather, city officials fear.

In the long term, the state will design and construct a new carbon filtration system for Washington Lake.

In the long-term, the state will design and construct a new carbon filtration system for Washington Lake so it can remain as part of the city’s water supply.

Brand said in his letter to Ciaravino that the temporary GAC pumping units use the same technology as the permanent system to be installed at the city’s water treatment plant.

Brand stated that all work will be funded by the State Superfund Program.

The DEC designated  Stewart Air National Guard as a Class 2 state superfund site Aug. 12 because of high PFOS levels found there, which allows the State to call on its superfund law to ensure expedited clean-up.