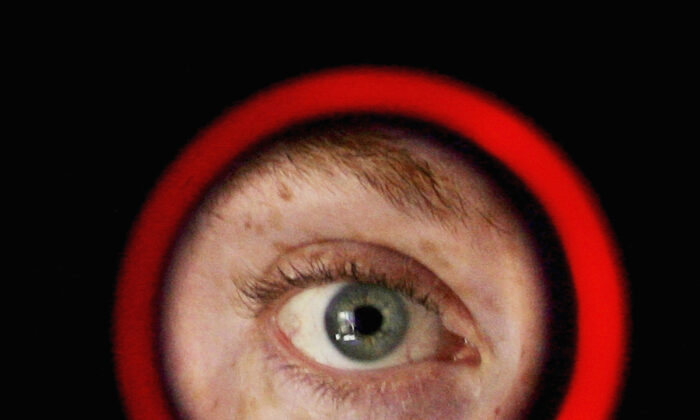 Debate Intensifies Over Use Of Facial Recognition Technology In British Schools

For years, the UK has been using biometrics to identify school children, but now that facial recognition (FRT) software is becoming widely adopted, questions are being raised about ethical issues surrounding data and surveillance.

Companies say that the futuristic technology will radically improve productivity and efficiency during dinner times, but critics, including the UK’s snooping tsar, have come out strong against the use of facial recognition cameras in schools.

Professor Fraser Sampson, the independent Biometrics and Surveillance Camera Commissioner told the Mail on Sunday last weekend he recently found out “completely by accident” about the Department Of Education’s drafted plans on guidance on facial recognition cameras in schools across the country. Almost 70 schools have signed up for the system.

“Your starting point should be, ‘Where is the lawful purpose of introducing this clearly intrusive type of technology into a school?’” he said. “How does any of this fit with much wider government obligations on the U.N. convention on the rights of the child not to be subject to close scrutiny and have the freedom to sit in a classroom without being watched, let alone recorded?” said Sampson.

Pippa King, co-director of the children’s privacy rights organisation Defend Digital Me told The Epoch Times that her concern is that it’s “completely intrusive” and that “we don’t know what the exact take-up of FRT is in schools right now.”

In a webinar called Facial Recognition: An introduction to UK schools, CRB Cunninghams detailed how its system uses an algorithm that will constantly evolve to match the child’s growth and change in appearance.

“It’s the fastest way of recognising someone at the till—it’s faster than a card, it’s faster than fingerprint,” said David Swanston, the managing director of CRB Cunninghams,  to The Financial Times. This was in response to the nine schools in North Ayrshire, Scotland, which had started taking payments for school lunches by scanning the faces of pupils.

However, North Ayrshire Council soon suspended the FRT system in response to pressure from the ICO, a non-departmental public body that upholds information rights in the public interests, and privacy advocates.

CRB Cunninghams did not respond to The Epoch Time’s request for comment.

“What are we teaching kids? You have to use your face to buy a portion of chips for using your face,” said King, adding that it also “desensitizes children to using biometrics.”

“It’s completely unnecessary when you can use a swipe card or a pin number,” she added.

King said that the technology that is going into schools is so advanced that the legislation trying to keep up with it “is like trying to shut the stable door after the like horse has bolted.”

In terms of biometrics ie fingerprinting, facial recognition, iris scanning, and infrared palm scanning, the technology is not new. In 2006, a school in Paisley, Scotland was the first to use a cashless system with palm-vein recognition units, used by Japan’s Fujitsu and produced by Glasgow-based Yarg Biometrics. The system identified a pattern of veins present under a child’s skin, which would then identify confirm his or her identity.

Much like CRB Cunninghams did in 2021, Yarg Biometrics claimed that it made the school canteen process easier. The latter’s reason was to eliminate the stigma on children of low-income families having to queue in a different line from others.

In terms of FRT, King said that she would like to cost-benefit analysis on this ‘speed’ claim in comparison to the older system. “How many seconds are the schools going to save and what will they do with the newfound time in the school day?” she said.

Though she said she believes that FRT does have a place. “If my child went missing a crowd, of course, I’d want facial recognition. I’m not against the technology, but not for everyday mundane school activities like eating,” she added.

At a House of Lords debate in November, the ICO said that using FRT for such purposes is “likely unlawful under UK General Data Protection Regulation (GDPR)” with Defend Digital Me highlighting court cases in France and Sweden where schools were told to stop using FRT.

An ICO spokesperson told The Epoch Times that organisations using facial recognition technology (FRT) must comply with data protection law “before, during, and after its use.”

“In addition, data protection law provides extra protections for children, and organisations need to carefully consider the necessity and proportionality of collecting biometric data before they do so.”

It added that “organisations should consider using a different approach if the same goal can be achieved in a less intrusive manner. We understand that North Ayrshire Council decided to pause using FRT in schools following our initial enquiries. Our aim is to ensure that children’s data is protected in line with the law and we will continue engaging with the Council on this issue”.

Geoff Barton, General Secretary of the Association of School and College Leaders, told The Epoch Times that the Department for Education published guidance in 2018 about the protection of biometric information of children in schools and colleges which says that the written consent of parents must be obtained and the data collected must be treated in accordance with the Data Protection Act.

“We have not seen any further guidance specifically about facial recognition technology but such guidance would seem helpful given the sensitivity and complexity of this issue,” added Barton.