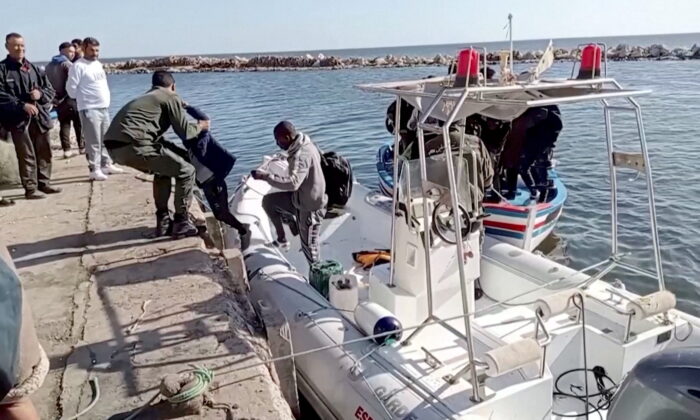 A Tunisian national coast guard helps a migrant child to get off a rescue boat in Jbeniana, Safx, Tunisia, on April 23, 2022, in this screengrab taken from a handout video taken April 23, 2022. (Wahid Dahech/ Handout via Reuters)
Africa

Death Toll in Migrant Boats Disaster Off Tunisia Rises to 20

TUNIS—The death toll from African migrant boats that sank off Tunisia at the weekend rose to 20 people on Monday, a judicial official said, the latest migrant boat disaster off Tunisia.

Seventeen bodies were been recovered at the weekend after four boats carrying 120 African migrants to Italy capsized off the Tunisian city of Sfax.