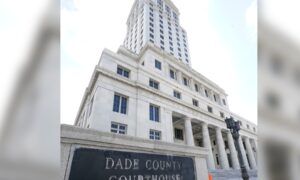 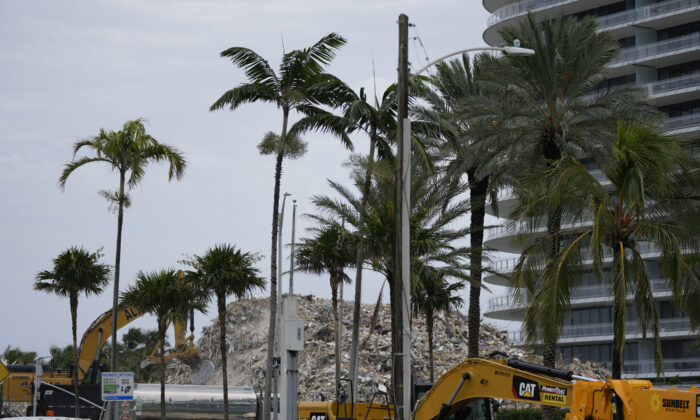 Crews work to clear the rubble of the demolished section of the Champlain Towers South building in Surfside, Fla., on July 12, 2021. (Rebecca Blackwell/AP Photo)
Florida

The death toll in the partial collapse of a residential building near Miami has risen by two to 97 as the number of people unaccounted for in the disaster dropped to eight, officials said.

Of the 97 confirmed dead, 90 have been identified, Miami-Dade County said in a release on Wednesday.

The updated tally, which includes the identification of 51-year-old Luis F. Barth, raised the prospect that officials are close to a final count for confirmed dead.

Workers have removed a total 22 million pounds (10 million kilograms) of debris from the site in the three weeks since the 12-story building in Surfside, Florida, partially collapsed on June 24.

Investigators have not determined what caused the 40-year-old Champlain Towers South to fall apart without warning. Attention has been focused on a 2018 engineering report that warned of structural deficiencies.

By Nathan Layne and Peter Szekely