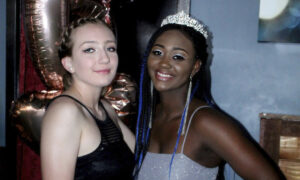 SURFSIDE, Fla.—The death toll from a partially collapsed Miami-area condominium rose by four to 32, officials said on Tuesday, as rescue workers braced for a tropical storm and relatives of a deceased family of four prepared for the disaster’s first funeral.

A total of 113 people remained missing 12 days after roughly half of the 12-story Champlain Towers South building came tumbling down early in the morning on June 24.

The morning after the controlled demolition of the remainder of the building, rescue workers have expanded their search, bothered by strong winds as Tropical Storm Elsa approaches from the south.

Burkett added that he met with a family that is hoping rescuers will find their daughter, a recent law school graduate who married in January, and their son-in-law.

The disaster’s first funeral will be held on Tuesday for Marcus Guara, 52, his wife Ana Guara, 42, and their daughters, Lucia, 10, and Emma, 4. The service is scheduled to start at 2:30 p.m. ET at St. Joseph Catholic Church in Miami Beach.

Although forecasts predict the Surfside area should avoid the brunt of Elsa on its projected course north from Cuba, scattered showers and thunderstorms were forecast and could hinder the search and rescue effort.

Nobody has been pulled alive from the mounds of pulverized concrete, splintered lumber and twisted metal since the early hours of the disaster in an oceanfront town adjacent to Miami Beach in Florida.

Miami-Dade County Fire Chief Alan Cominsky said more than 200 firefighters were sifting through the rubble. He said 124 tons, or 5 million pounds worth, of debris had been removed so far.

Investigators have not determined what caused the 40-year-old complex to collapse. A 2018 engineering report found structural deficiencies that are now the focus of inquiries that include a grand jury examination.

Miami-Dade Mayor Daniella Levine Cava cautioned that it could take some time to find the root cause.

“The whole world wants to know what happened here,” Cava told the briefing. “I look forward to learning the truth.”