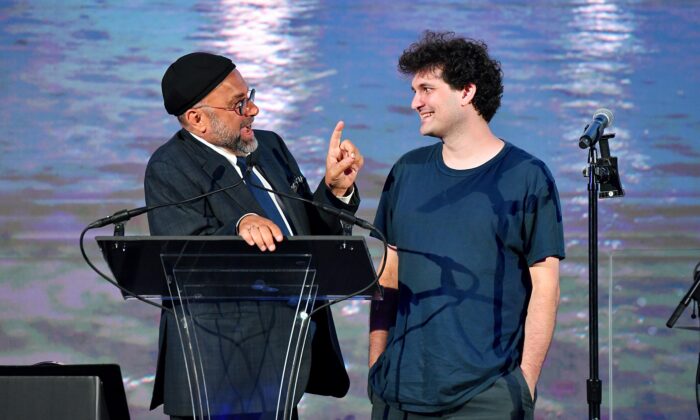 It’s utterly astonishing that so many otherwise intelligent people got taken in by Sam Bankman-Fried, the now disgraced former head of crypto exchange FTX who is still nonetheless invited to speak at a New York Times seminar that costs $2,400 to attend. Part of his supposed appeal was his slovenly dress: t-shirts, cargo shorts, white socks, and sneakers.

How the heck did it come to this? It’s been this way for about a decade and a half. Mark Zuckerberg was the innovator, one supposes, but the trend caught on like a virus, with whole swaths of the professional class eschewing honorable clothing choices for the disheveled who-cares look.

How radical was this trend? Very. For hundreds of years, higher-end clothing was a mark of social and professional achievement. In fact, ruling-class elites in history have variously despised the democratization of fancy clothing that was made possible by the market economy. The whole point of sumptuary laws of the Colonial period, for example, was to stop peasants from dressing like their betters.

By the 20th century in the United States, it was possible for nearly every man to dress in clothing that was beautiful and respectful. This is why we are so shaken by photographs of men queued up in bread lines during the Great Depression. They look fabulous, and certainly far better than Big Tech CEOs today!

What happened? I can report the theory which I’ve heard many times from down dressers. They say that they don’t need to dress up because their achievements speak for themselves. Their value is in their mind not their wardrobes. They want to look so successful that they don’t even need to wear a collar or jacket, much less a tie. As for shoes, my goodness, the less said the better.

This whole idea has really caught on. Ties are far less common to see now than they were even five years ago. Casual Friday has become slovenly every day. Bankman-Fried just became the world’s best practitioner of it.

“Bankman-Fried was an ultimate distillation of the sartorial-rebel-genius ethos. He didn’t just wear a T-shirt, but a T-shirt that looked as though he had slept in it. And sometimes he literally had. A favorite photo circulating before his downfall shows him getting shut-eye in his T-shirt while lying on a beanbag on the floor of his office while his FTX minions tend to their screens. And it wasn’t just a T-shirt, but shorts, sneakers, and rumpled socks—the outfit of a toddler who has outgrown his stroller—coupled with a thatch of unkempt hair that looked as though he had last washed it when George Washington crossed The Delaware.”

She is also correct that the media couldn’t get enough of this homeless-bum look!

What precisely is wrong with the theory behind this trend that dressing down is a way of showing self-confidence? What’s wrong is that this idea is solipsistic and even narcissistic.

The point of dressing well is not to show yourself off. The point of dressing well is to honor others and show that you have a high regard for their dignity and that of the occasion. It follows that slovenly chic is nothing but an insult to both others, who have to look at you, and the venue as well. It shows that you have a low regard for the whole scene and everyone in it.

This is precisely where all these modern trends go wrong: a deprecation of life itself.

Just try an experiment in your mind. You hold a holiday party at your house. You don’t specify a dress code because, why would you? The guests all arrive, most in sweaters, some men in tweed jackets, one person in a suit and tie, and one other guest in a hoodie, shorts, rumpled socks, and running shoes.

Just think about this for a moment. Who among them, if you had to rank them, is showing gratitude for your invitation? Who among them is most excited to be at your house? Who would you say is the most appreciative of the opportunity, respectful of you the host, and ready to contribute to bring delight to the party?

I suspect you know the answer. It is certainly not the guy who chose hobo chic. You would never throw him out but in the back of your mind, you probably would be just a bit mortified, even if you try not to judge people.

In general, it’s good not to judge other people for what they wear. But it makes sense to judge what other people think about the people and the venue by virtue of what they wear. People’s clothing choices are a window into what they believe others are worth. The more egocentric and selfish they are, the more they dress down. The more other-regarding and socially deferential they are, the more they dress up.

This is the general rule.

You can see, then, that the theory behind the practice of dressing like a bum is completely upside down and backwards. It insults others to wear degrading clothing. If you are an employee and you slog into the office this way, it is not to your credit. You are subtly (or not so subtly) insulting your coworkers, your boss, and your entire professional community.

It’s sad that there should have to be dress codes at all for men at work or dinner parties. Unless black tie is specified as optional, men should dress in a way that honors the occasion even without explicit rules.

This general principle applies in most areas of life.

For example, consider travel. It’s common for people to choose comfortable clothes, even to the point that we now see people taking flights in what appears to be pajamas.

How do you think this makes flight attendants and pilots feel? They have to dress up. They are trying to provide good service. They try to get you to your destination safely and efficiently. And yet passengers show up for this event looking like they just rolled out of bed!

The same goes for hotel check-ins. Here these places are letting you sleep there for the night and customers show up looking like they dug their clothing from the dumpster out back. That does not instill confidence in how you will treat the room or the staff.

Dressing up is a sign of respect to others, not just to yourself.

It is also in your best interest. Try it out next time you travel. Dress up and you might find yourself with a seat upgrade or a free cocktail. You will certainly be praised by the flight attendants, who are so grateful that someone cares enough. Why are they grateful? Because they work hard and like to believe that their professional space is deserving of some respect. Show that to them and they will show it back to you.

This applies wherever you are: not just church (but surely there!), but also museums, libraries, and restaurants. Ask any server! They will always have a more favorable view toward customers who dress up rather than down, and they will provide better service too. Why is this? Again, it’s because how you dress says so much about what you think others deserve.

I will add one final personal advantage that comes from wearing tailored clothing, shirts, belts, and ties. They provide a constant check on your weight and health. A life of sweats and drawstrings allows a person to lie to himself about all the pounds he is putting on. Indeed, perhaps that is another reason they are so popular! I don’t need to elaborate because you surely know what I mean.

All of this seems pretty simple and yet, for some extremely weird reason, it has been lost on a whole generation or two. Perhaps one of the good things that comes out of the FTX failure and the fall of Sam Bankman-Fried will be to prompt a rethinking of these clothing choices. Maybe we should start to see people in professional life who dress like slobs as red flags. If this person cares so little for his co-workers, customers, investors, and himself, perhaps he doesn’t deserve your confidence and trust either.