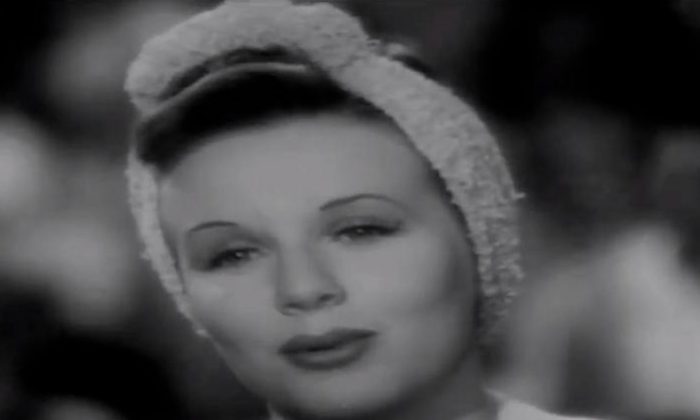 Deanna Durbin reached the height of fame in the 1940s, becoming the highest paid actress in Hollywood in 1942, according to the International Movie Database, but retired abruptly in 1947 at the age of 26 and moved to France, out of the limelight.

Her fan club announced her death on Tuesday, though no date nor cause was given.

Born Edna Mae Durbin in Winnipeg, Canada, in 1921, the budding actress moved to California as a child with her family to advance her career. At the age of 13, she starred alongside Judy Garland in a short MGM feature titled Every Sunday.

She found her fame after signing with Universal Studios, and made 21 films during her short career, including Three Smart Girls, Mad About Music, and That Certain Age.

By the age of 21, in 1942, she was the highest paid actress in Hollywood, according to IMDb. In 1946, the year before her retirement, she was the second-highest-paid woman in America, earning $323,477, according to the New York Times. Bette Davis was the first, earning $5,000 more.

She was the favorite actress of Winston Churchill, and Anne Frank had a poster of Durbin on her wall, notes an unnamed fan and blogger on TALKING MOVIEzzz.com.

In some of the comments on the blog post, fans recall when they first saw Durbin onscreen.

“It was a hot summer in 1962 when my family relocated to Los Angeles, California,” reads a comment by user Georich52. “I was 9 years old and we were just settling into our new Pomona tract rental home. I had yet to make any friends or acclimate to the heat of a Southern California July. I passed the afternoons watching Tom Hadden’s afternoon movie presentation.”

“It was there that I saw my first Deanna Durbin movie, Can’t Help Singin’. She was the featured artist of the week and I was hooked and still am madly trying to assemble a library of her movies.”

Another comment reads: “[Durbin was] Edith Bunker’s favorite movie star. The first time I ever heard her name was on All In The Family and she was already a forgotten star laugh-line, although Edith, if I recall correctly, does a wonderful job of expressing her admiration.”