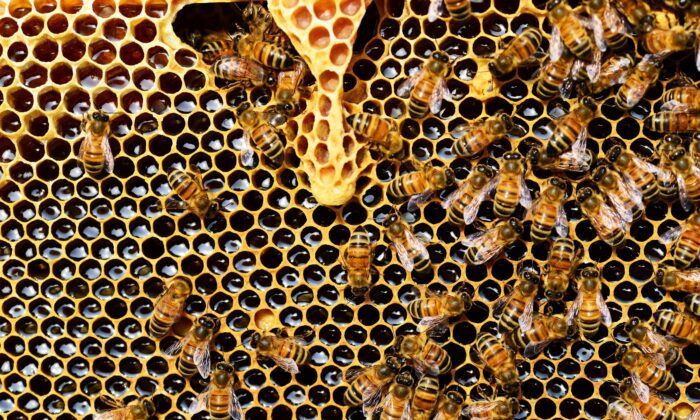 Nectar collected by honey bees is stored inside a hive’s comb, where it “ripens” as honey. (Pixabay)
Australia

The deadly Varroa mite has been detected in the Australian state of New South Wales (NSW) at the Port of Newcastle, threatening the country’s population of European honey bees and the livelihoods of its beekeepers.

Biosecurity surveillance first detected the tiny and reddish-brown mite on June 22; however, hundreds of hives have been identified as infected and destroyed to stop the parasite’s spread.

“We have immediately launched an eradication plan which involved setting up a biosecurity zone, containing the infected hives and euthanising the bees,” NSW Agriculture Minister Dugald Saunders said in an NSW government release.

“Biosecurity is one of my top priorities, and beekeepers have been working with the Government through the National Bee Pest Surveillance Program to act as an early warning system,” Saunders said.

“If it weren’t for their diligence in monitoring hives and catch boxes at strategic locations around our ports and airports, this threat may have gone undetected.”

Multiple biosecurity zones, within which beekeepers may not move or tamper with hives and must identify them to the NSW Department of Primary Industries (DPI), have now been established around NSW. The zones are 50 km in size and include 10 km eradication zones and 25 km surveillance zones—officials monitor and inspect honey bee hives within this area— around the places where infested hives were identified.

The DPI said in a department release that they have so far identified 24 properties infested with the mite.

“Australia is the only major honey-producing country free from Varroa mite, and if it has the chance to establish here, it could cost the honey industry more than $70 million a year,” Saunders said.

Dangers of the Varroa Mite

“If varroa mite settles in the state, it will have severe consequences, so we’re taking every precaution and action needed to contain the parasite and protect the local honey industry and pollination,” Saunders said.

“We’re working with apiary industry bodies and stakeholders to ensure beekeepers are well informed and can continue to help us with this critical response.”

The Varroa mite can seriously damage the nation’s bee industry because it feeds on honey bees and can spread viruses that cripple bees, preventing the creature from flying, pollinating and harvesting food.

“I would like to encourage all beekeepers, both commercial and recreational, within the new or original impacted areas to please come forward for the good of the industry,” Saunders said.

“We know the devastating impacts varroa mite will have on our honey supplies and pollination across the state if this threat is not stopped.

“The best path forward is to report the locations of potentially impacted hives to aid our response, so we have all the information we need to deal with this as swiftly as possible.”

The classification of commercial and recreational is determined by the number of hives that the apiarist—keeper of bees— has; if they have less than 50, they are regarded as recreational.

Shane Djuric is an amateur apiarist based in Pitt Town, which is located on the outskirts of Sydney, NSW, and has 45 hives, excluding him from commercial classification. Djuric said that an offer of compensation for any hives of recreational beekeepers that may have to be destroyed would incentivise people to come forward if their hive is infected, reported Australian Associated Press (AAP).

“Human instinct is to protect your assets, and someone might not be willing to come forward if their livelihood or hobby is destroyed,” Djuric told AAP.

Member of the Legislative Council of NSW, representing the Shooters, Fishers and Farmers Party, Mark Banasiak, shared his concern that the financial impact of losing a hive would extricate infected hives from destruction.

“They are still at risk of this varroa mite,” Banasiak told AAP. “If they’re not properly incentivised to come forward with their hives for testing, that could cause a real problem for the industry.”

“It’s still a significant loss, and it’s a hit to the economy,” Banasiak said. “That’s $60,000 he or she is not spending back into the economy.”

In an email to The Epoch Times, the Senior Communications officer for the DPI, Sim Madigan, said that there would be compensation for recreational beekeepers that lose their hives.

“Honeybee Beekeepers who have lost their hives due to a Varroa infestation and subsequent eradication will be reimbursed,” Madigan said. “The amount of reimbursement is subject to national approval and will be advised in the near future.”

He said that details of the reimbursements and any effects that they may have on the compensation system for commercial beekeepers will be determined through the response plan submitted for national review this week.

“NSW Department of Primary Industries said they are focusing on containment of the Varroa mite and eradicating the threat,” said Madigan.

However, AAP reported that a New Zealand beekeeper, Barry Foster, who experienced the Varroa outbreak in his country, said that, unfortunately, Australia would probably need a contingency plan.

He noted that beekeepers in New Zealand were prevented from moving and tending to their hives, as they are currently in NSW, and this only slowed the parasite’s spread rather than eliminating it; he also said a big part of the struggle to contain Varroa in New Zealand was the human element.

“They found something like 12,000 hives unregistered … because there were so many unregistered hives, which should have been registered by law, they couldn’t contain it,” Foster told AAP.

Additionally, Foster said that Australia has to deal with the threats that feral bee populations pose and the unintentional movement of Varroa mites.

“There are things beyond your control. For example, there was a feral hive in a hollow log in Auckland that was transported to Wellington … it did have varroa in it.”