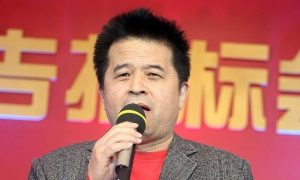 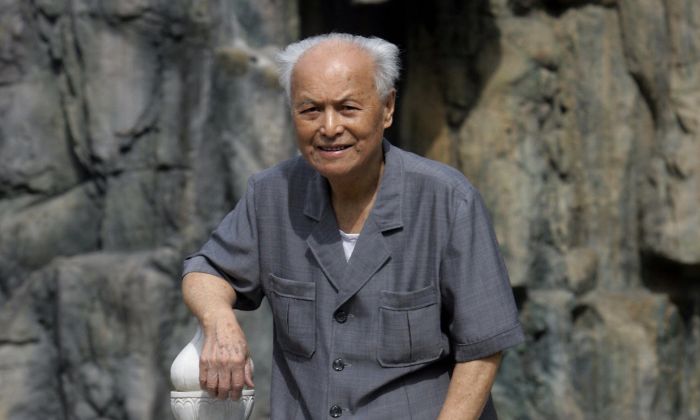 Li Rui suffered political persecution and, in his later years, was a prominent critic of the dictator he served
By Nicole Hao

According to his family,  Li declined a resting place at Beijing’s Babaoshan Revolutionary Cemetery, an honor traditionally reserved for high-ranking Chinese Communist Party (CCP) officials and other prominent figures in the regime’s history.

Li, who died of organ failure in Beijing, was not only once a high ranking Party official, but also suffered from the brutality of totalitarian rule, which saw him denounced multiple times and tore his family apart.

Mao Zedong was Party chairman and founded the CCP regime in 1949. His rule over China, which lasted until his death in 1976, caused the most deaths by any individual leader in human history. Following Mao’s death, Li stood out as one of his biggest critics, and even sought to distance himself from the Communist Party.

Despite the objections of Li and his family, however, there are reports that authorities plan to go ahead with a high-profile funeral at Babaoshan on Feb. 20.

Gao Yu, a Beijing columnist, said on Twitter that Li will receive a ministerial-level funeral. He cited three officials from the Organization Department of the CCP Central Committee, the department that controls staffing positions.

The officials had visited Li’s widow Zhang Yuzhen and informed her of the arrangements, adding that the ceremony would be mandatory.

Li Nanyang, Li’s daughter, published a statement on Feb. 16 that her father didn’t want to have his “funeral or burial held at Babaoshan, nor be covered by a CCP flag.”

On Feb. 17, she told Voice of America: “I can’t accept that my father’s body be covered in a flag that is drenched in the blood of the people. It would be a final insult to him.”

In the book “Li Rui Talks About His Past,” the elder Li described how he was born into a powerful family in Beijing. His father, who had been a legislator in the pro-communist Republic of China passed away when he was four years old.

According to Li Rui’s memoirs and Lawrence Sullivan’s book, “Historical Dictionary of the People’s Republic of China,” Li joined the CCP in 1937 when he was 20 and dedicated all his efforts to writing communist propaganda.

In 1939, Li went to Yan’an, the revolutionary base area in northwest China, with his first wife, Fan Yuanzhen. Fan was known as one of the Four Beauties of Yan’an, together with Mao’s fourth wife Jiang Qing.

In 1943, Li was detained after a comrade accused him of counter-revolutionary espionage during the political campaign and mass purge known as the Yan’an Rectification Movement. Li’s wife Fan distanced herself from him and became the mistress of Ye Liqun, the CCP revolutionary known by the epithet “King of Leftism.”

A year later, Li was released, and divorced Fan, whom he remarried after she begged him to forgive her.

In 1945, Li became a secretary of Party leaders Gao Gang, who administrates the northeast, and then Chen Yun, who became the first vice prime minister of the People’s Republic of China and was one of eight top CCP leaders until 1992.

In 1958, Li was promoted to be personal secretary of Mao on industrial affairs, while also serving as vice minister of Water Resources and Electric Power.

In 1959, Li was removed from all his positions after he criticized the Great Leap Forward, a disastrous political movement and economic scheme led by the CCP that resulted in the deaths of tens of millions of people, mostly to starvation, but also political persecution and other forms of Party-sanctioned violence.

Li was condemned to work in a rural area, where he nearly became one of the famine’s victims. During this time, Fan Yuanzhen left him again, this time for good. In 1967, following the beginning of the Cultural Revolution, Li was again jailed after he criticized Chen Boda, one of the campaign’s masterminds.

The Cultural Revolution led to the deaths of millions of people and the destruction of much of China’s cultural heritage and artifacts.

Li was released in 1975 and was named vice minister of Electric Power and Industry in January 1979. He then visited the United States, of which he made the assessment, “Looking at the whole [American] society and political system, [I concluded that] capitalism is more in line with the norms of human development.”

In 1989, Li asked the CCP Central Committee to not “impose martial law or open fire on the students” demonstrating at Tiananmen Square that June. His words angered Deng Xiaoping, the CCP general secretary, and he was ousted from the CCP leadership. Following his retirement, Li worked to support the democratization of China.

Under Deng’s leadership, the CCP deployed the People’s Liberation Army against the demonstrators, killing and wounding thousands of people in the June 4 Massacre.

In an articled by Li Nanyang published by the New York Times on May 23, 2018,  she said that Li told her after the Tiananmen Square Massacre: “This Party has no taste. This country has lost its taste. If you have the chance, leave this place with your daughter.”

Li Nanyang and her family left China and moved to California in 1990. She says that because the CCP ignored the wishes of her family and their family, she wouldn’t attend the funeral at Babaoshan.