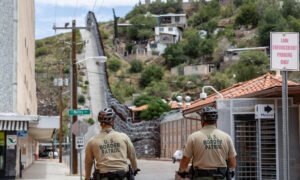 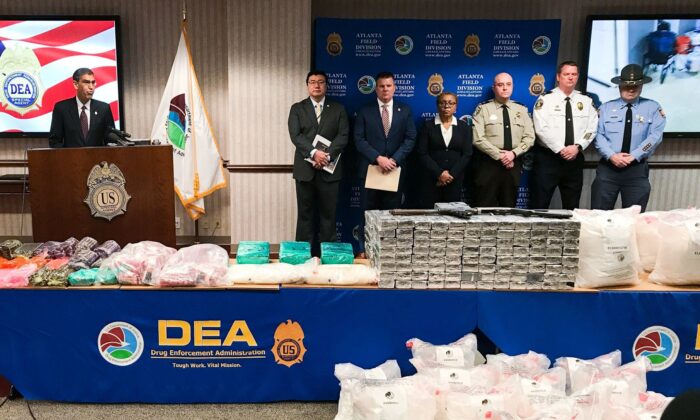 Federal authorities will begin a crackdown on methamphetamine “transportation hubs” across the United States in an effort to block the distribution of the drug that is driving overdose deaths across nearly half of the country.

Drug Enforcement Administration (DEA) Acting Administrator Uttam Dhillon announced the launch of a new DEA initiative, named Operation Crystal Shield, during a trip to Atlanta, according to the Department of Justice.

It listed the city as one of eight identified by the DEA as a “hub” where the highly-addictive drug arrives in bulk to be distributed across the United States. By directing enforcement resources to these hubs, the agency hopes to crack down on the drug being smuggled across the U.S.-Mexico border and distributed nationwide.

The seven other cities identified by the DEA as methamphetamine “transportation hubs” include Dallas, El Paso, Houston, Los Angeles, New Orleans, Phoenix, and St. Louis—areas that accounted for more than 75 percent of methamphetamine seizures in the United States last year.

Dhillon said that while synthetic opioids such as fentanyl continue to drive drug overdose deaths in the United States, there has been a recent surge in deaths related to methamphetamine, adding that it is now “time to act.”

“For decades, methamphetamine has been a leading cause of violence and addiction—a drug threat that has never gone away,” he said at a news conference. “With a 22 percent increase in methamphetamine-related overdose deaths, now is the time to act, and DEA is leading the way with a surge of interdiction efforts and resources, targeting regional transportation hubs throughout the United States. By reducing the supply of meth, we reduce the violence, addiction, and death it spreads.”

Between fiscal years 2017 and 2019, DEA seizures of the drug in the United States increased by 127 percent, from 49,507 pounds to 112,146 pounds. The number of DEA arrests related to methamphetamine rose nearly 20 percent, the DEA said.

Meanwhile, in recent months, federal law enforcement officials saw a jump in the amount of the drug smuggled across the U.S.-Mexico border—roughly 50,000 pounds was seized from October through the end of January, more than the amount seized for the entire 2017 fiscal year, the Associated Press reported.

“Manufactured mostly in Mexican labs and smuggled into the United States across the southwest border, meth is a drug that is both cheap and potent, creating a deadly combination,” he said. “Just as the Trump Administration has acted swiftly to stem the tide of opioid fatalities, it will use every weapon in its arsenal—such as the DEA’s Operation Crystal Shield—to stop dangerous methamphetamine from reaching American neighborhoods and harming American families.”

A report released in October by the Centers for Disease Control and Prevention found that in 2017, methamphetamine was the drug most frequently involved in deaths in four regions that include 19 states west of the Mississippi.

Operation Crystal Shield is expected to continue through at least the end of 2020.