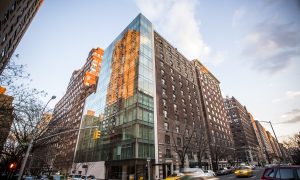 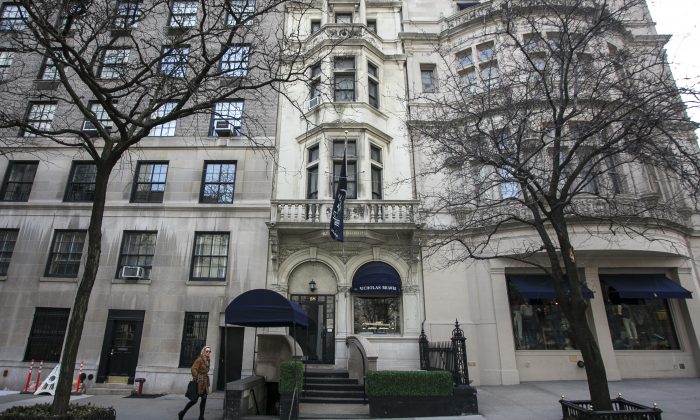 NEW YORK—Before he became mayor, Bill de Blasio promised to push for a freeze on annual rent increases on rent-stabilized apartments. That promise began to take shape Thursday as he appointed five members to the Rent Guidelines Board, a mayoral agency which sets the maximum annual rent increases for the city’s 1 million rent-stabilized apartments.

Rent-stabilized apartments make up more than 45 percent of all the rental units in New York City, according to the 2011 Housing Vacancy Survey. An apartment is rent-stabilized if it is in a building constructed before 1974, has six or more apartments, and rents for below $2,500.

At least one of the mayor’s appointees, Harvey Epstein, already supports the freeze. If approved, the freeze would be the first in the board’s history.

To cheers from tenant advocates, a newly appointed member, Cecilia Joza, echoed de Blasio’s call for more public hearings in the outer boroughs before the board makes a final vote.

And in another sign of the board’s tilt toward a freeze, Dr. James Hudson, a researcher who has aided the board for more than 30 years, proposed to re-evaluate how owners’ expense increases are assessed, a change affordable housing advocates have demanded for years.

“Landlords have managed to increase profits, and the reason was they were basing their tenant rent increases on this price index which did not accurately represent what the landlords were spending,” Ellen Davidson, a staff attorney at the Legal Aid Society, said following the board meeting Thursday. “That’s why landlord profits have been going up year, after year, after year, even through the greatest financial crisis of our country in my lifetime.”

De Blasio testified at the Rent Control Board hearing when he was campaigning for mayor last June, saying that the board can alleviate the hardships of economic inequality. He also criticized the board for not holding any hearings in the outer boroughs.

“These repeated increases cut into the foundation of our city, forcing working people out of their homes and pushing the middle class out of entire neighborhoods,” de Blasio said in June last year. “We need a rent freeze that acknowledges these stark realities. This is the only acceptable outcome for tenants at this time.”

Wiley Norvell, a spokesman for the mayor’s office, did not respond directly when asked if the mayor is pushing for a freeze.

“We’ve sought out strong, balanced appointees for the board who understand that working people are struggling,” Norvell wrote in an email. “The board’s work is only now just beginning, and it has a lot more data to review and stakeholders to hear from before it considers its approach for the coming year.”

The members of the board are appointed by the mayor, but are expected to make decisions on behalf of the group they were appointed to represent: owners, renters, and the public. The board reviews research reports on a range of issues, including the cost of maintenance and operation to landlords, housing affordability, the cost of living, and the area mortgage rates.

“They take on public testimony and other research. They bring their own experience into it as well,” Andrew McLaughlin, the executive director of the Rent Guidelines Board (RGB), said. “And from that they determine how they want to vote.”

Though de Blasio appointed a voting majority Thursday, he cannot appoint the other four members until the end of the year. The mayor also has not picked a chair for the board, but an appointment is expected before the next meeting on April 10, according to McLaughlin.

The RGB has never refused a rent increase since it began issuing guidelines in 1968. Nicole Gelinas, a fellow at the Manhattan Institute, believes de Blasio’s promise for a freeze “is not practical, it’s more political.”

“Obviously, no one likes their rent to go up, but landlords—some are bad, some are good, some are just kind of in the middle—they face the same inflationary pressures that everybody faces,” Gelinas said.

Costs to operate buildings rise every year. Last year overall landlord expenses went up by 5.9 percent, according to a report from RGB.

But affordable housing advocates said the way landlord expenses are calculated is inaccurate. At the Thursday meeting, Hudson proposed linking data in two separate reports to get a more accurate figure. He tested the new approach on last year’s numbers and found that landlord expenses rose just 5.2 percent.

“We’ve had low increases in the past. Even under Giuliani we had 2 percent increases three years in a row,” Moses Gates, technical director at Association for Neighborhood and Housing Development, said. “They certainly are allowed by the statute to set a zero percent increase.”

In contrast to the rest of the United States, most New Yorkers do not own the places they live in. In 2011, rental units accounted for 68 percent of the city’s available housing stock, according to the triennial Housing Vacancy Study. New York is also unique among other cities, because the majority, 59 percent, of the rental housing stock is rent regulated.