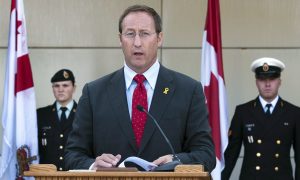 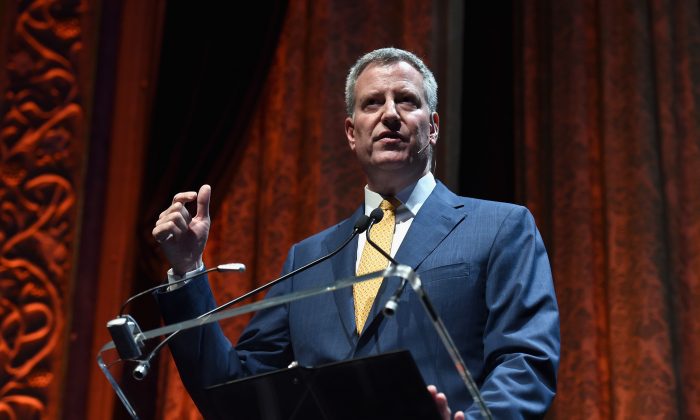 NEW YORK—Over 80 schools would get mental health clinics, every police precinct would have a victims’ advocate and social workers would arrange psychological care for thousands of families in homeless shelters under Mayor Bill de Blasio’s plan to invest tens of millions of dollars in mental health, his wife’s signature issue.

“We are developing a more effective and inclusive mental health system—one that meets the needs of New Yorkers where they live,” McCray said at the Empire State Building, which was turning its lights green on Tuesday in honor of National Mental Health Month.

As a start, de Blasio’s administration wants to add over $54 million in mental health programs next fiscal year, rising above $78 million in the following years. It’s part of a budget proposal that will head into negotiations with the City Council; its leadership had no immediate response to the mental health spending plan. A final budget is due by the end of June.

The city Health Department already spends about $300 million a year, much of it state money, on mental health. But the administration and mental health advocates say the proposal marks a new and notable commitment to incorporating care in an array of settings, including senior citizens centers and runaway youth shelters.

Planned services will include crime victims’ advocacy and art-therapy sessions for young people in the city’s Rikers Island jail complex.

While some officials elsewhere are weaving mental health care into schools and other locales, “New York City is really setting a standard for other cities in the country. … They’re really focusing on intervening and improving people’s lives and outcomes,” said Katrina Gay, a spokeswoman for the National Alliance on Mental Illness, an advocacy group.

The number of school-based mental health clinics would grow by 60 percent, and the plan also calls for placing 50 new drug-abuse prevention counselors in some 70 troubled schools that don’t have such counselors now.

McCray announced in January that the city would work on a more comprehensive approach to mental health, which is both a policy aim and a personal cause for her family. The de Blasios’ college-age daughter, Chiara, has struggled with depression, anxiety, and substance abuse, and McCray has said her own parents experienced depression.