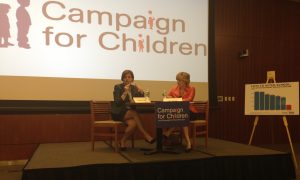 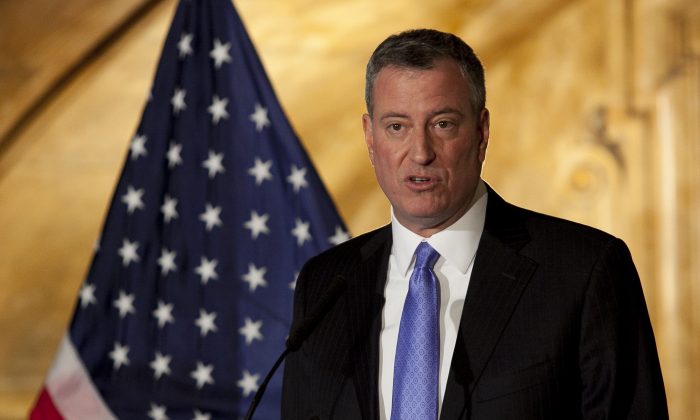 NEW YORK—Mayor Bill de Blasio created a new post on Feb. 4 to coordinate the city’s efforts to pay for and implement universal full-day prekindergarten in the city.

The mayor appointed Richard Buery as the deputy mayor for strategic policy initiatives; he is tasked with pre-K as top priority.

Buery will shuttle between Albany and New York to galvanize support for a city tax increase, which is an integral part of de Blasio’s plan to fund and implement universal pre-K.

If the city secures the tax increase in Albany, Buery will switch gears to coordinate the many agencies involved in implementing the pre-K plan, which involves adding 73,000 pre-K seats citywide.

De Blasio needs approval from the Legislature in Albany to raise taxes on city residents. If the mayor has his way, the tax increase would apply to city residents who earn more than $500,000 annually.

Buery takes his post amid a standoff between Gov. Andrew Cuomo and de Blasio on how to fund pre-K. Cuomo offered de Blasio a blank check from the state budget to implement universal pre-K in the city, but de Blasio has been adamant about securing a tax increase to fund the initiative.

Cuomo has touted reducing taxes for all New Yorkers since taking office and is unlikely to support any tax increases as he heads toward re-election. Meanwhile de Blasio has secured support from major labor unions in the city.

The mayor refused again on Feb. 4 to talk about a backup plan in case his tax hike does not clear in Albany, saying that there cannot be a Plan B. Buery was equally confident.

“I also want to say to those who think the mayor is too ambitious and moving too quickly,” Buery said. “I just want to emphasize if you say that, then you really don’t know this city. There is nothing that we can’t do when we come together.”

Prior to his appointment, Buery was the chief executive officer of The Children’s Aid Society, an independent nonprofit. A son of Caribbean immigrants, he grew up in East New York, went to Stuyvesant High School, graduated from Harvard, and received a law degree from Yale.

While accepting his post at City Hall on Feb. 4, Buery identified with de Blasio’s mission to end the The Tale of Two Cities, a reference to what de Blasio calls a growing inequality crisis in New York City. Buery said that he remembers clearly taking the train from his poor neighborhood in East New York and meeting children from “the other city” at Stuyvesant High School, one of the city’s top-rated public schools.

One of Buery’s other main tasks will be implementing de Blasio’s campaign promise to create 100 community schools in New York City. The community school model, implemented with measurable success in Cincinnati and on a smaller scale in New York, involves bringing health and human services into public school buildings.

The Children’s Aid Society, where Buery served as CEO since 2009, has operated 16 community schools in the city in partnership with the Department of Education since 1992. These schools operate in Washington Heights, Harlem, the South Bronx, and Staten Island, offering a wide range of programs and services, including arts, health services, and youth development.

Studies performed at these schools since the community school model was implemented show improvements in academic performance, student and teacher attendance, the overall school climate, parent and family engagement, as well as the students’ mental and physical health.

“This is a model that’s proven to be extraordinarily effective,” de Blasio said. “No one is in a better position to realize this community school vision than someone who has already been working to make it a reality in our city.”