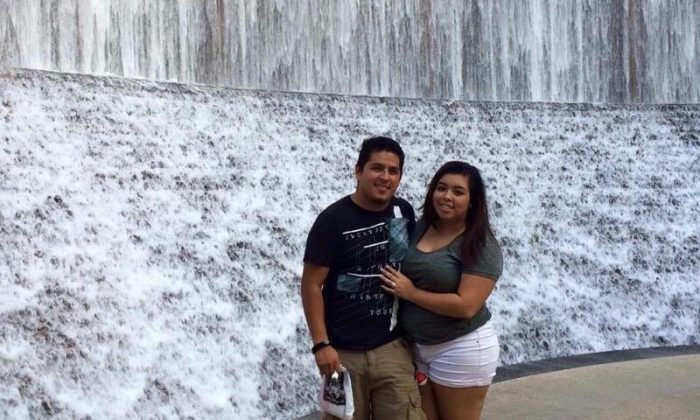 A daycare teacher in Houston had his right foot amputated due to a flesh-eating bacteria.

Raul Reyes, 26, had no idea he contracted the bacteria. He went to a clinic to treat what he thought was a blister on his foot when he learned the devastating news.

He was hospitalised on Feb. 23, according to the Houston Chronicle.

“I think about it every day,” Joseline Alfaro, his wife, told FOX19. “Every day he’s been here—I think about how I could have lost him.”

Before it could spread to his bloodstream, doctors amputated his foot. The surgery likely saved his life.

Doctors believed the bacteria came in through an open wound from an ingrown toenail. But they are unclear as to where Reyes came in contact with the bacteria.

Salt or brackish water are common places for infections.

“We were like, ‘No, he’s perfectly healthy. We haven’t gone to the beach in a year.’ So, it’s just weird how all of this happened,” Alfaro told FOX19.

Reyes does not have insurance, but his family has started a GoFundMe account to help raise money for a prosthetic foot.

As of writing, the fundraiser surpassed its goal of $11,000.

Alfredo told the Houston Chronicle she is not sure when her husband will be ready to leave the hospital, but they remain positive.

“He is very eager to start therapy for a prosthetic,” Alfredo told the newspaper. “He tells me that he’s not letting anything stop him from advancing.”

The daycare teacher is grateful for all the support. He is using a walker and other therapies daily to help him.

The 3-year-old’s from his daycare are even helping him.

“Sometimes I send him videos of the kids saying ‘hi’ to him and it just raises his spirits, and he wants to go back to work already and be with the kids,” Alfaro told FOX19.