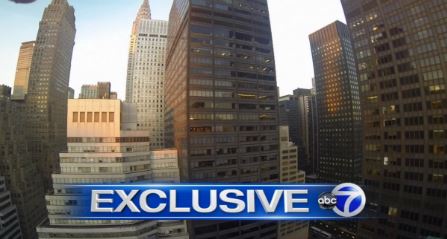 A screen grab from a video from a drone that crashed in Midtown Manhattan last month. (Screenshot/ABC)
Crime and Incidents

David Zablidowsky of Brooklyn has been arrested and charged with reckless endangerment for allegedly flying a drone near Grand Central.

The drone crashed to the ground last month.

A businessman recovered a video recording showing where it had flown.