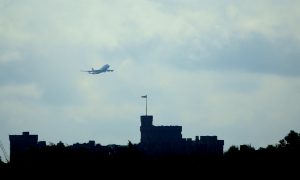 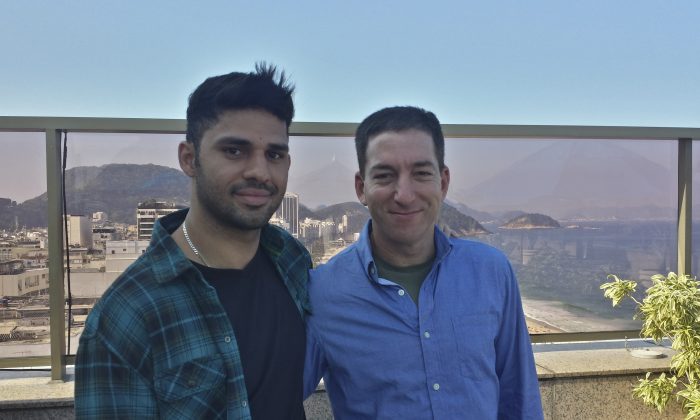 In this undated photo released by Janine Gibson of The Guardian, Guardian journalist Glenn Greenwald, right, and his partner David Miranda, are shown together at an unknown location. Miranda, the partner of Greenwald, a journalist who received leaks from former National Security Agency contractor Edward Snowden, was detained for nearly nine hours Sunday, Aug. 18, 2013, under anti-terror legislation at Heathrow Airport, triggering claims that authorities are trying to interfere with reporting on the issue. (AP Photo/Janine Gibson, the Guardian) CREDIT MANDATORY
UK

A High Court order on Thursday said materials seized by authorities from journalist David Miranda must only be inspected or copied if related to a national security threat. Miranda had been detained at London’s Heathrow airport under terrorism laws—laws Miranda has said do not fit his case.

Miranda is a partner of Guardian journalist Glenn Greenwald who helped publish U.S. National Security Agency classified information leaked by Edward Snowden. Several of Miranda’s belongings were seized when he was detained for nine hours on Sunday, including his laptop and phone.

Though the court ruling may limit the inspection of his belongings, authorities may continue their investigation if they successfully argue it is a matter of national security. Reuters reports that it will largely allow the investigation to continue, giving authorities until August 30 to sift through thousands of documents. The BBC reports that the ruling will only allow for a partial examination of materials seized.

Charles Leslie Falconer, a British Labour politician who helped introduce the 2000 Terrorism Act under which Miranda was detained, wrote an editorial published in the Guardian Thursday.

“The 2000 Terrorism Act, which I helped introduce, was not passed with people like David Miranda in mind,” he said. Schedule 7 of the Act allows police to detain individuals suspected of terrorist involvement for questioning as they enter or leave the country. Miranda was on his way from Berlin to his home in Brazil, passing through London on the way when he was detained.

Falconer wrote: “Schedule 7 powers can only be used ‘for the purpose of determining’ whether the detained person is a terrorist. The use of the power to detain and question someone who the examining officer knows is not a terrorist is plainly not for this purpose, so it would neither be within the spirit nor the letter of the law.

“There is no suggestion that Miranda is a terrorist, or that his detention and questioning at Heathrow was for any other reason than his involvement in his partner Glenn Greenwald’s reporting of the Edward Snowden story.”