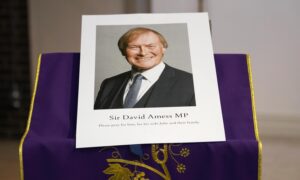 David Kellen Grow, an autistic 19 year old in Michigan, killed his mother, 49-year-old Robin Grow,  in February. His father, Ronald Grow, discovered the grisly scene of his son playing with the remains.

The teen was found not guilty by reason of insanity on Friday, and his father is standing by him in forgiveness, reports the Daily Mail.

Grow testified at his son’s hearing on August 16. Outside the Jackson County Circuit courtroom, he said “[David] was victimized by something that he had no control over,” according to MI Live.

“That wasn’t my son,” he said. In a video of the testimony posted on MI Live, Grow says he was physically rough with his son for the first time upon encountering the scene and taking control of the teen.