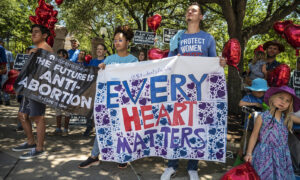 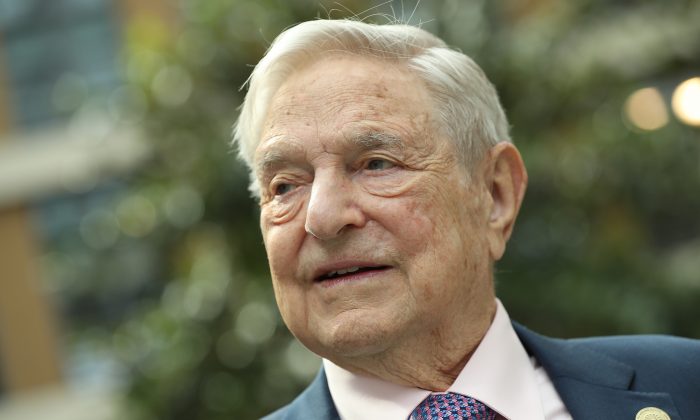 Financier and philanthropist George Soros attends the official opening of the European Roma Institute for Arts and Culture (ERIAC) at the German Foreign Ministry on June 8, 2017 in Berlin, Germany. (Sean Gallup/Getty Images)
Politics

In 2006, New York Times Best best-selling author David Horowitz wrote an explosive book on “The Shadow Party” detailing how billionaire George Soros and radicals from the 1960s took over the Democratic Party, according to evidence he obtained with co-writer Richard Poe—also a New York Times-bestselling author.

Horowitz explained in an interview with The Epoch Times how the party has changed completely from its roots.

“Because the left has always dominated the cultural institutions, people don’t even know what communism is anymore,” he said. “But that’s what the Democratic Party is: the redistribution of their racist ideology called ‘identity politics,’ where the first thing you want to know about people is the color of their skin, or their gender, or their sexual orientation. Everything else is secondary.”

Horowitz said Soros gets a sense of “fake virtue” from political manipulation, his version of “saving the world.”

Last year Soros transferred nearly $18 billion of his fortune to his Open Society Foundations, making it one of the world’s largest organizations for political activism.

Horowitz said that funding from Soros’s foundations shape much of the culture in today’s American society, but the end goal behind it is much more sinister. “I’m a former radical so I know how sinister and evil and malevolent the left is,” he said.

The true agenda behind Soros and the “Shadow Party” Horowitz said, is to “make America a one-party state and to silence people like myself.”

“[Soros] put together a coalition like the Working Party, and then he has things like the Democracy Alliance, which is a $50 million operation where he funnels money into Democratic candidates,” Horowitz said. “He’s very obsessed with Secretaries of State because they control the election process.”

“He owns the Democratic Party, [through] his networks,” Horowitz said, adding that “it really would be impossible for any democratic congressman or woman to run for office—even an incumbent—and get elected without the support of the Soros network.”

He said the foundations infiltrate into every sector of society. “The so-called philanthropic foundations, it’s a cultural machine—writers, awards… This leftist coalition has a stranglehold on all these things.”

Horowitz said that the changes within the Democratic party first started after Soros bought his influence in the party around the time of George McGovern’s 1972 presidential campaign.

“The Democratic Party changed over many years. It began in the McGovern campaign where he found the left during the ’60s was trying to burn the country down and so he formed aggressive caucuses, Hispanic caucuses, these were all radical caucuses that gradually took over the Democratic Party.”

Horowitz also describes a strategy called “Above and Below” that Soros and his party have used.

“Create violence in the street then have your own guys come in to fix it,” he said. “These violent people making anarchy sound like its attractive, all it means is that innocent people get killed. And then they get invited to the White House by Obama, and Soros is funding both the criminals in the streets and Obama.”

Perhaps the most striking example of such a strategy used today is the far-left extremist group, Antifa, whose members are known for wearing all black and concealing their identity with face masks. Despite its name being short for “anti-fascist,” the organization often uses fascist tactics, resorting to violence against conservatives, supporters of President Donald Trump, and other people considered by them to be right-wing.

“The power the left has through the philanthropic so-called foundations needs to be reined in,” Horowitz said. “The left-wing foundations, they conceal the donors and they fund all of the Ruckus Society [a nonprofit that claims to share “non-violent direct action” training] and all these people creating mayhem.”