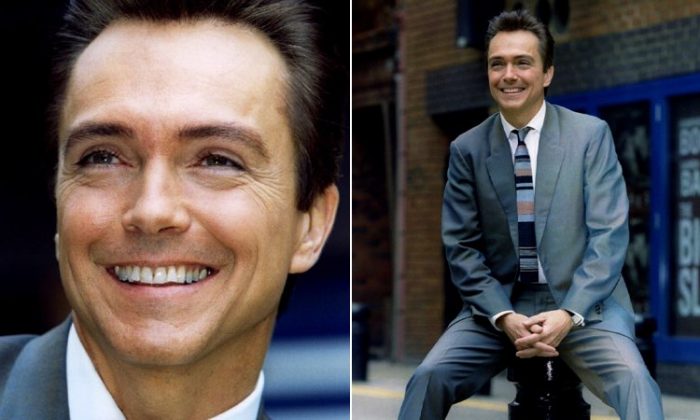 David Cassidy, Teen Heartthrob of ‘The Partridge Family,’ Dies at 67

David Cassidy, a singer and actor whose androgynous features and jaunty voice made him a 1970s teen heartthrob on the “The Partridge Family” television show, died on Tuesday at age 67, his publicist said.

Cassidy, who was diagnosed with dementia in his 60s, entered a Florida hospital over the weekend and succumbed to organ failure. He died in the hospital’s intensive care unit, his publicist, Jo-Ann Geffen, said in a telephone interview.

Geffen released a statement from his family that said Cassidy died surrounded by loved ones “with joy in his heart and free from the pain that had gripped him for so long.”

With dark hair cascading over his shoulders, hazel eyes and a look that emulated many rock stars of the day, Cassidy was cast at 19 in “The Partridge Family” for his sex appeal to girls, not his singing. When the show’s producers discovered Cassidy’s melodious voice, he became lead singer in the family band.

He played the teenager Keith Partridge whose widowed mother – portrayed by his stepmother, Shirley Jones – formed a touring pop band with her offspring, traveling to gigs in a multi-colored bus.

The sitcom produced a number of hit songs, including “I Think I Love You,” which reached No. 1 on the Billboard chart in 1970, the year the show debuted.

The Oscar-winning Jones was his mentor as well as his co-star, and the two remained friends and collaborators long after the show ended in 1974.

“At first, David was overwhelmed with the whole thing and his ego blew way up,” Jones told Life magazine in 1971. “And I think he hoped that some of those adoring fans would come a little closer to his own age.”

On his own, as a performer who played guitar and piano in addition to singing, Cassidy sold millions of copies of his debut album, “Cherish,” in 1972. He drew large crowds of mostly teen and pre-teen girls at concerts around the world.

Girls tried to pierce security perimeters to touch the star and spent their allowances on merchandise emblazoned with his image, including lunch boxes and 3-D postcards. His fan club was one of the largest of its kind.

The fandom surrounding Cassidy approached the hysteria of Beatlemania a decade earlier and culminated in a stampede at a 1974 show in London. Hundreds were injured, and a 14-year-old girl caught in the crush died days later.

Cassidy announced soon afterward he would not stage another global concert tour.

Cassidy was born in New York City in 1950 to actors Jack Cassidy and Evelyn Ward, and he announced his interest in show business at age 3, when he was coming home in a taxi from seeing his father in a stage show.

After his parents divorced, Cassidy lived with his father and his new wife, Jones. Cassidy appeared in a short-lived Broadway show and had guest roles on television before his breakthrough in “The Partridge Family.”

It would give him the best years, by far, of his career.

Cassidy had an acclaimed guest role on the television show “Police Story” in 1978 and continued to record albums in the decades that followed, with sporadic success on the charts. He also performed in musical theater on Broadway, in London’s West End and in Las Vegas.

But he struggled financially for years and declared bankruptcy in 2015.

Cassidy also confessed to abusing drugs and alcohol and was arrested multiple times for driving under the influence.

He said on the talk show “Dr. Phil” in 2017 that he had to get drunk to visit his mother when she was in the hospital. She died of dementia, as did his grandfather.

Cassidy told People magazine that he was in denial for a time about his own dementia. “But a part of me always knew this was coming,” he said.

Cassidy, who lived in Florida late in life, was married three times and is survived by his son, Beau, and his daughter, Katie, who have both had their own careers in show business.