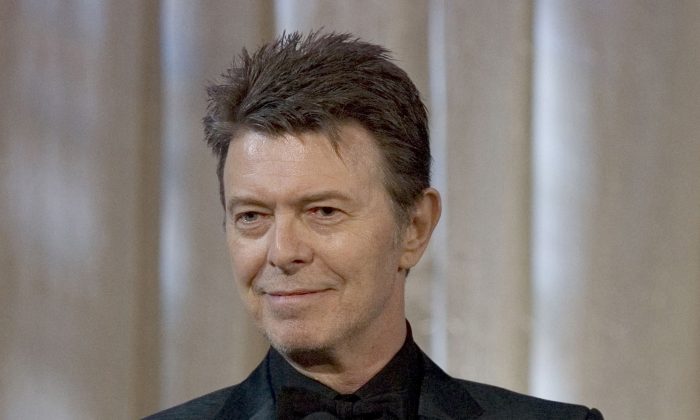 David Bowie was “secretly cremated in America without any family or friends present” because he told loved ones he didn’t want a funeral.

The singer’s body was cremated shortly after his death on Sunday “without any fuss.”

“There is no public or private service or a public memorial. There is nothing,” a source in New York told the Daily Mirror.

Legions of fans were wondering when the funeral would be, but apparently there will not be one as his body was already laid to rest in the form of cremation.

The star made the plans as he battled liver cancer over the past 18 months, saying that he only wanted to be remembered for the good times he and his family shared and the music he made.

“In many respects you don’t need a memorial or service to remember David by…you have his music instead,” the source said.

“He would have wanted to just disappear with no fuss, no big show, no fan-fare. This would totally be his style. His last album “Blackstar” was very much his goodbye to fans instead.”

But Bowie’s family said via his official Facebook page that they are “currently making arrangements for a private ceremony celebrating the memory of their beloved husband, father and friend.”

“We are overwhelmed by and grateful for the love and support shown throughout the world. However, it is important to note that while the concerts and tributes planned for the coming weeks are all welcome, none are official memorials organized or endorsed by the family,” the page added.

“Just as each and every one of us found something unique in David’s music, we welcome everyone’s celebration of his life as they see fit.”

But it turns out he was actually seeking to make one more album, believing he had a few more months to live.

“At that late stage, he was planning the follow-up to Blackstar,” Tony Visconti, the album’s producer, told Rolling Stone.

“I thought, and he thought, that he’d have a few months, at least. Obviously, if he’s excited about doing his next album, he must’ve thought he had a few more months. So the end must’ve been very rapid. I’m not privy to it. I don’t know exactly, but he must’ve taken ill very quickly after that phone call.”

Visconti also said that Bowie’s prognosis seemed to be improving by the middle of 2015, but near the end of the year “it just suddenly came back.” He added: “It had spread all over his body, so there’s no recovering from that.”