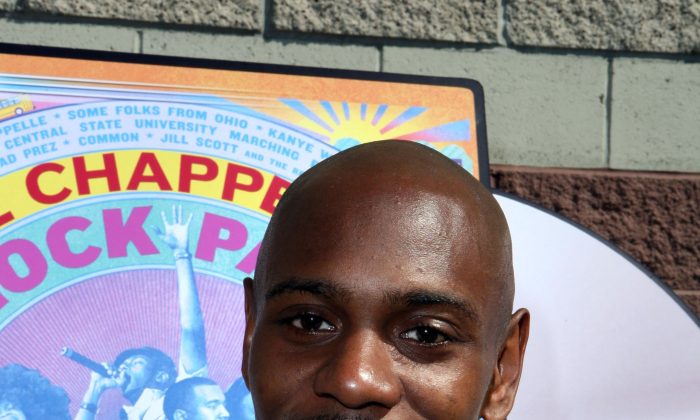 Comedian Dave Chappelle walked off stage during his Oddball Fest performance in Hartford, Conn., Thursday night, sparking an online debate about whether the rowdy crowd or a meltdown on Chappelle’s part was to blame. Fans waited and wondered to see what he would do Friday night, his next scheduled performance on the comedy tour, in Pittsburgh, Pa.

Tweets from fans at Friday night’s show indicate Chappelle has recovered from Thursday’s blow—and a better audience response may have been the key.

The Oddball Fest organizers tweeted that Burgettstown, Pa.—the Pittsburgh suburb where the show took place—had the best crowd yet. Conversely, they had tweeted during Thursday’s Hartford performance: “Hey Hartford! Pipe down and let Dave Chappelle do his thing!”

Comedian Patton Oswalt had tweeted Thursday night: “Dear Dave Chappelle’s fans: He’s one of the best comedians working, & you’re not letting him do what he loves.”

Others in the crowd insisted the “heckling” was just crowd appreciation and Chappelle could have saved the show.

Ty Wenger, a senior editor at ESPN who attended the performance and was close to the stage, tweeted: “Just saw Dave #Chappelle meltdown in Hartford. Bizarre. He was not heckled. The crowd was cheering him. Dave self-sabotaged that show.”

Wenger has defended that tweet as others have contested it, maintaining Chappelle overreacted.

He tweeted: “I think a moment like tonight is one that good people can see in different ways.”

After watching Chappelle Friday night in Pittsburgh, @RobertLoveIII tweeted: “#DaveChappelle is back and in full force.”