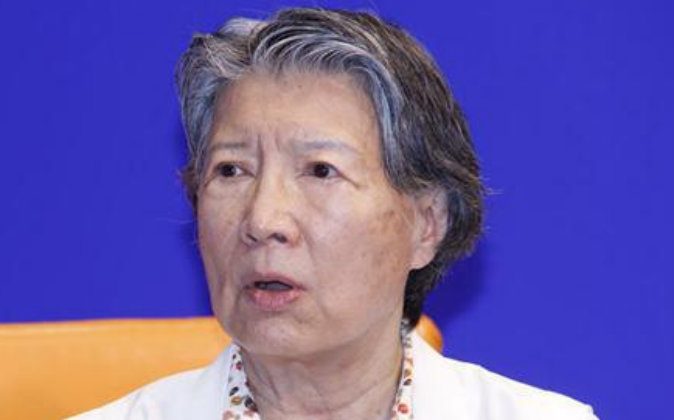 The daughter of a powerful Chinese Communist Party elder has come out in support of regime leader Xi Jinping’s anti-corruption campaign, the latest member of the class of princelings—sons and daughters of the revolutionary leaders that brought the Party to power—to declare allegiance to the sitting Party chief.

The remarks of Chen Weili, daughter of Chen Yun, one of the most influential Party leaders during the 1980s and 1990s, are significant because they indicate a shifting allegiance among the Chen family clan, which has long reciprocal ties with Jiang Zemin, himself the former Party leader that is the primary target of Xi Jinping’s Party purge.

In a recent question-and-answer session with Party-run news publication China Youth Daily, 73-year-old Chen Weili said her father, “stringently” dealt with corrupt cadres in the late 1970s to the 1980s when he was first secretary of the Central Committee for Discipline Inspection—the Party’s anti-corruption watchdog.

“Keep clean finances, live an honest lifestyle, do not ask about things you are not supposed to know, and do not touch a single penny of public money. Even if they don’t investigate it now, they will in the future,” Chen recalled her father saying.

Chen Yun’s longevity in top Party leadership—he survived the brutal political purges during Mao Zedong’s Cultural Revolution and Deng Xiaoping’s leadership transition—was often attributed to his relative probity, and willingness to submit his own interests to that of the Party.

“We all absolutely support the current anti-corruption campaign,” Chen Weili said. The trend of corrupt Party officials “cannot be left alone,” and their power “must be checked.”

Before Chen Weili’s comments, the Chen family group tended to lean toward Jiang Zemin and his extensive political faction in the Party, as evidenced by the reciprocal granting of favor between the clans.

In the aftermath of the Tiananmen Square massacre, Chen Yun is known to have supported Jiang Zemin as a replacement for reformist Chinese Premier Zhao Ziyang.

Jiang never forget the gesture. During a symposium to commemorate the 90th birthday of the recently deceased Chen in May 1995, Jiang called his political patron “one of the foremost founders and creators of China’s socialist economy”—praise that seemed to eclipse Jiang’s appraisal of Deng.

Chen Yun’s son Chen Yuan would later go on to head the China Development Bank, a financial institution that bankrolls state infrastructure projects, in March 1998—a position he held until relatively recently.

The reversed patron-client relationship remained unchanged during the reign of Jiang’s successor, former Chinese leader Hu Jintao, but suddenly took a turn when Xi Jinping came to power and started his Party rectification campaign, official language for a political purge. The campaign ostensibly targeted corruption, but in reality has focused heavily on uprooting Jiang’s political network.

A week earlier, Chen Yuan made offerings to Bo Yibo, the father of purged Chongqing boss and close Jiang ally Bo Xilai, on Tomb Sweeping Day—a Chinese festival where people visit the graves of their ancestors or notables to pay respects. Symbolic gestures like this are often how political allegiances are declared in Chinese communist political culture.

On April 15, Chen Yuan was abruptly dismissed as chairman of China Development Bank.

Chen Weili is not the first prominent princeling—also known in Chinese as “second generation red,” or “hong er dai”—to back Xi since the beginning of his Party purge. Many of her generation were marginalized during Jiang’s reign, first as Party boss, from 1989 to 2002, and then as éminence grise during the rule of his successor, Hu Jintao, who turned over power in late 2012.

On Feb. 15, 2014, the president of the Children of Yan’an Association, Hu Muying, daughter of influential Party propagandist Hu Qiaomu, applauded Xi Jinping for “taking substantial actions against the ‘tigers and houseflies’ and the malignant trends pervading” in the Chinese regime.

Hu also appealed to the princelings, telling them to recognize the situation and unite, and “to endorse, support, and cooperate” with Xi Jinping in his campaign and “to not be a nuisance or obstacle.” Created in 1984, the Children of Yan’an Association is one of China’s largest organizations of “second generation red” in China. Yan’an was the Party’s main base area in eastern China when it was still an insurgent force fighting the Nationalists.

After the late Xu Caihou, formerly the No. 2 man in the Chinese military, was purged in 2014, Dai Qing, the adopted daughter of People’s Liberation Army Marshal Ye Jianying, told Washington-based broadcaster Voice of America (VOA) on June 29 last year that Jiang Zemin manipulated his power during Hu’s tenure. Dai said Xu was only able to sell military positions because his patron, Jiang, allowed him to abuse his authority.

Politically, “whoever is the strongest and holds most power is the culprit,” Dai told VOA. “Only Jiang Zemin” was that powerful, Dai added.

With research by Irene Luo.